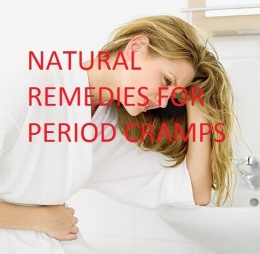 Many women can be quite incapacitated  by this problem and they often wonder how they can relieve their menstrual cramps. Painful period also known as period cramp or menstruation cramp a medical term for (dysmenorrhoea) are extremely common and affect most women at some stage of their lives to varying degrees.

Pain is usually most apparent on the day before the first 48 hours of period. Painful period are most common during adolescence and when a women is in her 20s the problem often subsides later in life.

Why do women have menstrual cramps ?

The uterus wall become thick with nutrients and develop thick  blood   supply   if the egg is not fertilise the uterus produces a hormone called prostaglandin  this causes the uterus to contract and expand  thus causing egg and extra nutrients to be expelled  this is menstruation it cause painful cramps . Running through these muscular walls are blood vessels which provides nutrients and oxygen to the muscle tissue when these muscles contract these blood vessels become constricted and reduce the amount of oxygen which goes to the muscle tissue so when the muscle become starved of oxygen this causes the pain.

Serious conditions that can cause painful period cramps.

You should seek medical help if you normally have little period pain then suddenly start experiencing unusually levels of discomfort . Your doctor may want rule out any gynaecological problems and carry out further investigations.There are some serious conditions which can cause painful cramps such as:

FIBROIDS are noncancerous growths that develop within the walls of the uterus occurs frequently between women age 35 and 55.

ENDOMETRIOSIS occurs when endometrial tissue starts to develop in other organs within the pelvic such as  in ovary or fallopian tube.

Pelvic inflammatory disease which usually starts as an infection in the vagina then spreads to the fallopian tube and other pelvic organs.

Ovarian cyst  are usually non cancerous but have cancerous potential ,they are fluid filled sacs that develop within the ovary.

Cramp bark grows in cold areas in North America and Europe it has been used by the native Americans for hundreds of years as a natural relief for swollen glands ,cramps during pregnancy and mumps. The root bark of the plant is used as the medicine. The chemical in cramp bark according to WebMD seem to decrease muscles spasm. It is one of the strongest uterine antispasmodic herbs . Cramp bark increases blood circulation around the muscles which also would increase oxygen and once oxygen increases around the area the menstruation pain will  decreases.

How to use cramp bark for period cramps?

In liquid form take 40  drops  in 2 oz water 2 to 4 times a days , it advisable to take it when period is approaching to prevent the pain and during the period .
In powder form  you can use about 500 mg twice a day.

Willow bark is another natural herb which can be used for period cramp . Willow bark has a chemical called  salicin, which is removed from the plant to make aspirin it also has a compounds called flavonoids which has anti inflammatory properties . A number of studies were done on willow bark which showed that a number of chemical compound gives the herb anti inflammation properties,  immune boosting properties and pain relieving properties. A number of clinical studies  have been done on willow bark for its effect on pain ,osteoarthritis and inflammation

General dosing guidelines for willow bark are as follows:

Release your body’s natural painkillers which are endropines . These hormone block the messages sent by your body  to the brain that you are experiencing pain they act like morphine . Endorphins are released by our nervous system and pituitary glands  whenever our blood starts to move fast . So exercise is a good way to increase the flow of blood and as a result increase your body’s own morphine . No one want to exercise when experiencing cramps but it does work. The video below shows some simple workout.

This method has been passed down through generations in many families . Look for a thick book place it on your bed under your stomach and lay their for more than 40 minutes ,you can even sleep after a time the pain goes away.

Rose oil One of the most effective oils for stopping painful or uncomfortable periods is to use rose oil . For women who suffer every month this natural remedy works wonder. Not only can it be used to help lift your mood, but it can also reduce inflammation, regulate periods, help with uterine disorders, ease cramps and tone the skin . As well as being an effective combatant against most of the symptoms associated with heavy, painful or uncomfortable periods, it can also be administered in a number of ways, such as a few drops added to the bath, massaged directly into the skin which is most effective for the stomach cramps.

Thyme oil studies shows it is  are effective against menstrual cramps the Caspian journal of internal medicine published a study which show that thyme is way more effective than ibuprofen which is the anti inflammatory drug recommended for period cramps . Three groups of women were given 3 different treatment for pain over two cycles one group got 200mg of ibuprofen   second received 25 thyme oil   and the third group 25 drops of placebo and placebo capsules.  The women who took the thyme  oil received less pain by their second cycle compared to those who received ibuprofen and placebo.

Foods to avoid during your period are refined grains ,cakes ,instant rice,cereals, pastries
caffeinated foods, dairy products  and beverages.
Foods with trans fats such as french fries foods with margarine such as commercially baked goods.
Fatty meats and dairy products these foods are known to increase inflammation .

Lack of calcium potassium and magnesium in your diet can lead to cramps . For your muscle to function correctly and balance the fluids in order to prevent cramps we need enough potassium  we can get them from bananas , oranges , winter squash, yogurt and tomatoes.
We need magnesium to help transport calcium and potassium which helps to keep the muscle relax and cramp free, calcium is also important for correct muscle  function  you can get calcium from  broccoli, green beans, almonds and dark green leafy vegetables skip the calcium from dairy products this can increase your pain. Foods with magnesium are , fish, nuts beans,  avocados, bananas and  yogurt. You can increase your  calcium ,potassium and magnesium intake by supplement or foods a few days before your expected period and during.

Michael Zinger, MD of the  University of Cincinnati did an  academic scientific study on a group of women to see if heat pads did reduce cramps the result showed that  participants’ pain often lessened over time. Different participants saw varying results which ranged from pain relief in 1 to 3 hour. You can apply heat to your stomach by using a hot water bottles, thermo pads or just make a heat pad by  filling a long socks with rice tie it place it in the microwave heat it to a suitable temperature then place it on your stomach. You can also take a hot shower and have the water run on your tummy and back.

These natural relief to menstrual cramps may work at different rates   because every woman body if different. The remedies should also be used before the onset of the pain so as to relax the muscles and allow oxygen to flow. 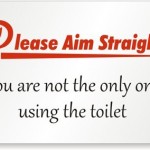 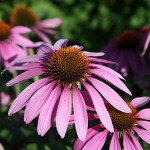