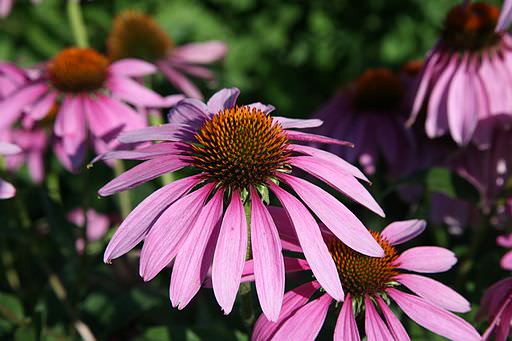 Echinacea is a very popular herb according to Boulder ,Colorado based Nutrition Business Journal Americans spend an estimated $132 million on this herb a year . In Germany doctors and pharmacist have written over 2 million prescription for echinacea last year ,so does that means that it does work or it just another fad . We will look at the research done on this herb and the reviews of customers who bought it on Amazon to see if it really works on common cold.

History of Echinacea
Echinacea is not a new herbal remedy it boast a long distinguished history as an antiseptic and immune system stimulant.
It was first used by the Native American Indians it was later pick up by the Europeans for headaches , hemorrhoids malaria arthritis and venereal diseases but cold and flu was not amoung the list of illneses. It fell out of favour in the 1970s with the popularity of antibiotic drugs but in the 21 century with the knowledge of the dangers of over use of conventional antibiotics people all over the the world especially North American and Europe are returning to echinacea as a natural antibiotic.

Echinacea  and how it works base on research

In ETH Zurich Germany the Institute of of Pharmacy a leading University discovered that a component called Alkylamides in echinacea amplifies the body’s immune system thus speeding up the healing process . So echinacea works but only when prepared with Alkylamides it increases of our natural killer cell activity. Another research released by Electronic Medical Journal which shows that after giving some medical student echinacea for three days their white blood cells increased which would increase your overall immune system .

There are over 600 research which proves that echinacea works to prevent common cold by there are a few research which concluded that they didn’t work which have gotten more publicity through major news outlets resulting in a controversy . One of the largest clinical study  on echinacea to see if it works on cold symptoms was done by British researchers , which  concluded that a special swiss echinacea extract prevent common cold.

The clinical trial used Echinaforce which uses the the species Echinacea purpurea an extract from 95 % of the leaves and    5 % of the root . The study was done over a 4 month period on 755  health people . The subjects were randomly give Echinaforce extract or placebo liquids with similar  appearance ,taste and amounts of 0.9 ml 3 times a day . If they had a cold they were to increase the dosage 5 times per days . The results showed that the subjects taking the Swiss Echinacea had less incidence of cold and when they did, it lasted a shorter time compared to those who took placebo which was the opposite. Echinacea subjects had 149 incidents of cold which lasted 672 days while placebo had 188 reports of cold lasting a total of 850 days .  The Echinacea group relied less on O.T.C cold and flu medicine and had less influenza virus in their system.
In a more recent study released by in April 2015 suggests that echinacea herb and root extract is as effective as the medicine Tamiflu in treating influenza  .The study used 473 subjects who had symptoms of flu less than 48 hours the patients were randomly given Echinacea purpurea herb and Tamiflu for 10 days . Results showed that for the 1st day 1.5% of the patients who drank Echinacea  and 4.1 % who drank Tamiflu recovered . Respectively by the 5th day 50.2% and 48.8 % on the 10th day 99.1% and 84.8% recovered . Basically the analyses showed that non of two treatment were superior to the other however Echinacea showed higher recovery as the days approached the 10th days.
Studies also showed that echinacea also reduce common cold by 58%  and duration by 1 to 4 days .

Studies on Echinacea with Negative  results

A clinical study done in 2008  stirrup up the controversy that echinacea does not stop common cold or flu . The aim of the study was to test the frequency at which a person receiving E. purpurea capsules would experience upper respiratory tract symptoms. 90 volunteers were randomly given three E. purpurea capsules 2 times daily or placebo over 8 week period during winter . The results showed that of the 28 persons who completed the trials taking the E. purpurea they had 9 sicks days and the placebo group of 30 volunteer 14 sicks days . The study concluded that the E. purpurea  was not significantly better than placebo at reducing the effectiveness of upper respiratory symptoms. Another negative clinical result on Echinacea done in 2010   we must note the author, Bruce Barrett  was quoted as saying

“Adults who have found echinacea to be beneficial should not discontinue use based on the results of this trial, as there are no proven effective treatments and no side-effects were seen,

A very popular study which shows that echinacea does not reduce common cold  was one published by New England Journal of Medicine in 2005. They concluded that the preparation echinacea did not prevent the common cold but a number of doctors and researchers found a few problems with the study  the American botanical council stated that the dosage used was too low and also the extracts did not correlate with the ones used for commercial use. The trial used 1.5 milliliter of three doses a days which was not high or frequent enough. Studies were also done by National Center for Complementary and Alternative which concluded that echinacea didn’t help with cold but according to WebMD website  it hard to compare the results of these studies because some studies use different strength of the echinacea herb also different parts of the plant which may have not been the best choice also there are hundreds of cold virus and echinacea may not be effective on all , but the risk of using echinacea are very low and if it work for you do not stop.

Customers on Amazon reviews of the best selling Echinacea

We will look at three top selling echinacea herbs on Amazon the first one is Now Echinacea is made from the Purpurea root each capsule contain 400mg with a recommended daily dose of two capsule at a time 1 to 4 times daily . This product was rated 4.6 of 5 stars by 74 persons with 96% giving it 5 to 4 stars . Peggy  Bristol said she had been taking 2 pills a day along with Vitamin c for 7 seven years and not been sick since  . Another customer mentioned he takes 2 capsule  3 to 4 times daily at the first sign of a cold and with in two days  the symptoms are usually  gone. Another said she found it worked better than the liquid form. I read 57 reviews which said it prevent cold during winter period and the saw no side effects 1 person give the herb 3 star said he is not sure if the herb works and two with 1 star said they say no benefits.

Another top rated product is Nature’s Way Echinacea Purpurea made from the stem, leaf and flower which base on research is weaker than the root  capsule . It contain 400 mg , and the recommended dose is 3 capsules, it is also certified organic. 101 customers rated this herbal supplement 89%  give it 5 and 4 stars Gill Miller wrote there are studies which show it doesn’t work but he has been using it for twenty seven years and he hasn’t had a cold in all those years except for a few symptoms of sniffles and sneezes.   Many of the 4 and 5 stars customer wrote that it did work to prevent cold flu and build their immune system even though I found many of them used it along with vitamin C   . 6 persons give the product 3 stars most hated drinking 3 capstule as one  dose and you have to drink more than once a day . 6 persons selected 1 and 2 stars,  one said she had an allergic reaction because it’s related to ragweed which can result in allegic reactions in some persons.

The highest rated is by Herb Pharm a liquid Echinacea made from the root seed leaf and the flower . This is rated 4.8 of 5 stars with 95 % giving 4 and 5 rated. This was well praised by customers who said this is the best echinacea extract they ever used it really works fast at the first sign of a cold or flu,  SexySmurfet was quoted

I am a firm believer in Echinacea Extract period!!! I am not knocking vitamin C as it is an essential vitamin, but this stuff wards off a cold within a blink of an eye and in my opinion, much faster than vitamin C ; that is if you begin to take it as soon as you get the first symptoms, such as a sore throat or swollen glands.

Quite a few persons I found used it for toothache for both adult and babies by rubbing it on their gums . One person gave the product 2 stars they didn’t like the taste .Two persons give it 1 star they said that the product they got seems to be weaker .

Echinacea shows strong evidence that it can reduce the longevity of cold and also improve your immune system to resist against the cold virus. The evidence that it prevent cold is on shaky ground base on studies .Even though million of user around the world believe it does.  Since evidence shows it increases your white blood cells I would believe that it can work in preventing cold because increase white blood cells helps to defeat infections faster. But you can also increase your vitamin C which gives your white blood cell that extra boost of energy to fight the cold and flu infections. 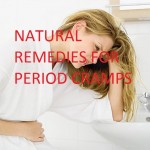 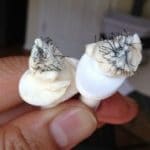