This is a common skin complain found all over the world. Psoriasis can strike at any age and the cause remains unknown . The condition produces areas of red , thickened skin known as plaque , which may have a covering of silvery scales and are often itchy and painful . These plaque can occur anywhere but are most commonly found on the the elbows on the knees and in the scalp they may also develop on scar tissue . In affected areas , the epidermis layer of the skin produces new cells at a much faster rate than normal hence the thickening.

Stress physical , injury , infection and some drugs , such as lithium and beta -blockers, can trigger psoriasis, resent research also links its to obesity and diabetes ,although the precise cause of this skin problem is unknown.  Many psoriasis sufferers have a family history of the condition.  In some rare cases, the condition can be associated with an arthritis, similar to rheumatoid arthritis,  known as psoriasis arthritis.

Although it can be distressing and cause great discomfort,  only the most severe cases of psoriasis are life – threatening.  If the thickened plaque appear across large areas of the skin , then the condition may interfere with the body all important heat regulation mechanisms and a potentially dangerous rise in body temperature could occur.   Such patients need specialist treatment in hospital,  so medical advice should be sought as early as possible if psoriasis seems to be spreading.
As with many skin conditions,   cases where the problem is widespread may cause sufferer a great deal embarrassment and anxiety in any way. In these instances , the sufferer may well be referred for psychological counseling.
Treating psoriasis
There is no permanent cure so the various treatment are aimed at controlling the conditions .
Steroid creams rapidly improve psoriasis , unfortunately psoriasis quickly returns once  treatment is stopped.
Coal tar preparations and dithranol (originally from Indian Goa tree) have formed the backbone of psoriasis treatment for decades and are very effective . The strength of the cream is slowly increased until an effective dose for an individual’s psoriasis is found. These preparations can be unpleasant to use and they stain clothing or bedding.

Vitamin D derivatives have been developed as alternatives to coal tar and now generally preferred because they do not smell or stain skin or clothes and are usually effective .

Ultraviolet (UV) light treatment can be very effective when psoriasis is affecting large areas of the body .However ,UV light ages the skin and may increase the risk of cancer so this treatment is usually only recommended for people suffering from very severe psoriasis .

Powerful drugs , such as the anticancer drug methotrexate or the immuno suppressant cyclosporin , however , these drugs can produce various problematic side effects and so patients taking them should always be very closely monitored by their doctor .

The dead sea mud is also used to treat psoriasis  and clinical research has shown some great results. 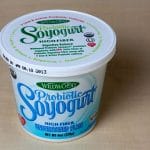 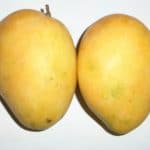