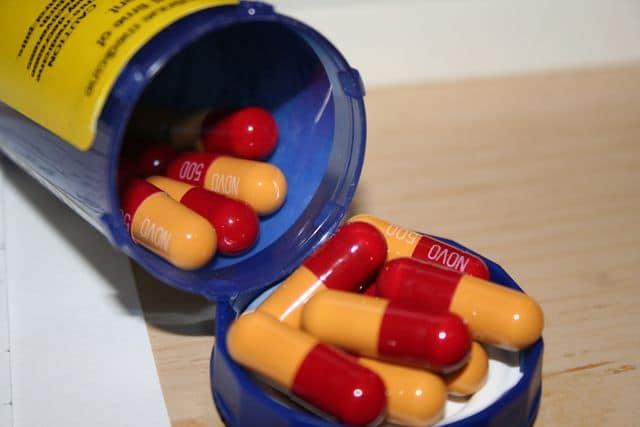 Vienna, Austria: New research suggests it is possible to quickly and accurately diagnose some the most dangerous and drug-resistant types of bacterial infections, using equipment already owned by most hospitals.

Now, in a presentation at the 27th European Congress of Clinical Microbiology and Infectious Diseases (ECCMID), researchers described how they were able to test bacteria to quickly tell whether they were resistant to colistin, and how easily they might pass this resistance on to other bacteria. They say this is an important discovery because knowing which patients have these most dangerous infections means it is possible to use quarantine measures to halt their spread and stop the rise of drug resistance.

The research was presented by Dr Laurent Dortet, Associate Professor at South Paris University, France, and a researcher at Imperial College London, UK. The work was a collaboration between Dr Dortet and colleagues at Imperial, Dr Gerald Larrouy-Maumus and Professor Alain Filloux.

They studied bacteria called Escherichia coli and Klebsiella pneumoniae. These are both members of a group of bacteria called Enterobacteriacae that can cause gastroenteritis, urinary tract infections, lung diseases such bronchitis and pneumonia, and even sepsis.

Some strains of these bacteria have become resistant to nearly all available antibiotics mostly by producing antibiotic inactivating enzymes, for example extended-spectrum -lactamases and carbapenemases. This means that colistin often remains the only treatment option for these multidrug resistant bacteria. Unfortunately, some have now also developed resistance to colistin.

Previous research has shown two different types of colistin resistance exist in bacteria. One type, called chromosome-encoded resistance, can only be passed on when bacteria grow and divide to form new bacteria https://onhealthy.net/product-category/anti-herpes/ cells. The other type, called plasmid-encoded resistance, is considered more dangerous because it can be passed on from one type of bacteria to another completely different type of bacteria.

Dr Dortet told the congress: “This plasmid-encoded resistance is particularly worrying because it has the potential to spread quickly and easily and, if that happens, last resort drugs like colistin could also become obsolete. If, on the other hand, we are able to rapidly identify bacteria that have this type of resistance, we can take measures to stop its spread. This might include isolating the patient in a separate room where they are treated by dedicated medical staff.”

The team tested 134 different colonies of bacteria using a machine called a mass spectrometer. Mass spectrometers are found in testing labs at most hospitals where they are used to analyse various different molecules.

They found that it was possible to distinguish not only between those bacteria that are colistin resistant, and those that are not, but also which bacteria have the more dangerous plasmid-encoded resistance. They say the test can be carried out in around 15 minutes and would cost less than one US dollar per sample.

Dr Larrouy-Maumus explained: “The exciting thing about this technique is that it relies on technology that is already available in most hospitals. This means that it could be rolled out quickly and cheaply, and potentially have a rapid impact on tackling drug-resistance.”

The researchers are now working with Imperial Innovations, Imperial College London’s technology transfer office, to patent the technique and develop it for widespread use in hospital laboratories.

They say the test could also be useful for screening in veterinary samples, where levels of colistin-resistance are known to be high. It might also be used for testing whether new drugs are able restore bacteria’s vulnerability to colistin.