Monosodium glutamate (MSG) is an additive that mimics umami flavour, the fifth taste aside from sweet, sour, salty and bitter. Some studies have shown MSG to have adverse effects in humans, making it important to understand how it works in the body. Giving MSG to new-born rats has previously been shown to cause motor and memory impairment.

The team of researchers at the Federal University of Santa Maria in Brazil gave the experimental group of new-born rats a dose of MSG. This dose is not comparable to the dose humans eat.

Of the rats that were given MSG, half began a resistance exercise regimen at two months of age. The exercise consisted of climbing a ladder at an 80 degree angle. The rats performed these exercises five times per week for seven weeks.

After resistance exercise, researchers tested the rats’ motor coordination and memory. Within the group injected with MSG, motor coordination was less impaired in both male and female rats that performed resistance exercise. Memory also improved in both male and female rats, but it was a different type of memory in the two sexes. Recognition memory improved in male rats, whereas female rats had improved location memory.

The next question that Cristina Wayne Nogueira, lead investigator, and her team will explore is the mechanism of memory improvement.

Commenting on the study, Nogueira said: ‘This study highlights that resistance-based exercise improves cognitive deficit induced by a flavour enhancer. Our next goal is to understand how this is happening.’ 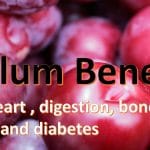 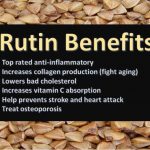