HDAC inhibitors, already widely used to treat cancer, may be an effective therapy for psoriasis as well, scientists report.[wp_ad_camp_1]

They have shown that HDAC3 inhibitors are particularly adept at increasing expression of aquaporin-3, or AQP3, a channel that transports glycerin, a natural alcohol and water attractor, which helps skin look better and aids healthy production and maturation of high-turnover skin cells.

“We’ve found that HDAC3 normally inhibits expression of AQP3 and we think we can use this knowledge to treat patients with psoriasis,” said Dr. Vivek Choudhary, molecular biologist and physiologist in the Department of Physiology at the Medical College of Georgia at Augusta University.

MCG scientists knew that AQP3 levels were lower in psoriasis than in healthy skin, said Choudhary, corresponding author of the study in the Journal of Investigative Dermatology. The protein helps skin cells proliferate, differentiate into the right kind of cells and get to the right location in the body. It also aids the skin’s hydration, wound recovery and elasticity. Histone deacetylase, which they found suppresses AQP3, helps regulate gene expression and protein function.[wp_ad_camp_1]

Since the immune system is believed to play a key role in psoriasis, many current treatments generally suppress the immune response, which increases the risk of infections, even cancer. MCG scientists hope they can one day instead directly enhance the presence of AQP3 or maybe its key cargo glycerin.

Psoriasis is one of the most common skin disorders, with red, flaky patches most often erupting on the elbows, knees, scalp and back, said Dr. Wendy B. Bollag, cell physiologist in the MCG Department of Physiology and the study’s senior author.

Like cancer, inflammation and excessive proliferation of cells are a psoriasis hallmark. That common ground and other emerging clues got the scientists thinking about the treatment potential of HDAC inhibitors. But first they had to establish a relationship.

When they introduced a broad-acting HDAC inhibitor to normal skin cells, or keratinocytes, — both mouse and human — they found expression of AQP3 went up within 24 hours, the first time the relationship had been noted.

They reiterated that AQP3 was critical because when it was missing, there was no commensurate increase in glycerin. AQP3 knockout mice also further clarified AQP3’s role in skin hydration, elasticity and wound healing and that it is glycerin — rather than water — that is most key to these healthy functions.

They also found that p53, a known, natural tumor suppressor that also supports cell differentiation, helps the HDAC inhibitors enable more AQP3 and ultimately more glycerin, Choudhary said. HDACs also are known to inhibit p53 activity. However overexpressing p53 by itself did not result in increased functional levels of AQP3, the scientists found.

The MCG scientists first used the HDAC inhibitor, suberoylanilide hydroxamic acid, or SAHA, which was approved by the Food and Drug Administration more than a decade ago to treat cutaneous T cell lymphoma, which has symptoms that can include dry, itchy skin as well as enlarged lymph nodes.[wp_ad_camp_1]

“We think this is one of the ways it works,” Bollag said of SAHA and their new findings. They also used several other HDAC inhibitors and found the ones that suppressed HDAC3 were also most effective at increasing AQP3.

AQP3 is adept at hauling glycerin, the backbone of many lipids and typically a key ingredient in skin lotion. Bollag’s lab reported in the Journal of Investigative Dermatology in 2003 that glycerin helps skin cells mature properly. Inside skin cells, phospholipase D — an enzyme that converts fats or lipids in the external protective cell membrane into cell signals — and AQP3 interact. AQP3 hands off glycerin, which produces phosphatidylglycerol, which, in turn, aids skin cell differentiation.

“We think phosphatidylglycerol is the key,” Bollag said of the positive results. “If you don’t have enough, you may have psoriasis.”

The Bollag lab and others also had found that AQP3, which is present in psoriasis, appears rather immature and out of place, largely inside the cell cytoplasm instead of on the protective, outer cell membrane. The inner location puts quite a damper on its normal mature function of transporting glycerin, water and other substances through the membrane.

“If you use antibodies to visualize where AQP3 is in the keratinocytes, you will see it nicely outlining the cells because it’s right there on the plasma membrane,” Bollag said. “So clearly it’s normally expressed in keratinocytes but the fact that we can upregulate it even more with an HDAC3 inhibitor suggests that normally HDAC3 keeps it in check.”

One way HDAC inhibitors help fight cancer is by temporarily loosening DNA, increasing the expression of tumor-suppressing genes and making the tumor more vulnerable. HDAC inhibitors also are being explored for their potential in treating neurological diseases such as Huntington’s.

Others have provided evidence that dysregulation of AQP3 contributes to psoriasis and AQP3 is linked to other skin diseases as well like atopic dermatitis — the most common type of eczema and vitiligo, which results in white patches on the skin.

Interestingly, even though psoriatic cells are known for their propensity to replicate, it’s hard to grow an adequate number of cells for scientific study: they increase a certain amount then go quiet. There also is no real animal model of psoriasis. Moving forward, the MCG scientists may try developing a model using a topical drug for genital warts since some patients who take it develop psoriasis. 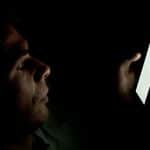