Through integration with a wearable thermometer, the Thermia online health educational tool developed at Boston Children’s Hospital has enabled prediction of seasonal influenza outbreaks in China one month earlier than before, according to a new study in the American Journal of Public Health.

“The fact that we were able to predict influenza outbreaks faster than China’s national surveillance programs really shows the capacity for everyday, wearable digital health devices to track the spread of disease at the population level,” said the study’s lead author Yulin Hswen, who is a research fellow in Boston Children’s Computational Epidemiology Group and a doctoral candidate at the Harvard T. H. Chan School of Public Health.[wp_ad_camp_1]

Although the Boston Children’s team has previously demonstrated that social media can be used to track disease, this is the first time that they’ve shown that outbreaks can be predicted through an integrated wearable device and online tool.

“Collectively we are still coming to terms with the data deluge from wearable devices, but it is imperative that we begin to generate value from this data,” says the study’s senior author Jared Hawkins, PhD, who is director of informatics at Boston Children’s Innovation and Digital Health Accelerator (IDHA). “From a public health perspective — as we have shown with this latest study — there is enormous potential for tapping this data for research, surveillance and influencing policy.”

Thermia, a fever educational tool created by the Boston Children’s team, works as a standalone digital application or can receive a child’s temperature reading directly through the iThermonitor, an FDA-approved, patch-like wearable thermometer that is worn under the arm. This integration is possible under a license agreement between Boston Children’s and the iThermonitor’s manufacturer, Raiing Medical Inc., which is based in China.[wp_ad_camp_1]

In China, the Thermia-empowered iThermonitor has gained popularity among digitally-savvy parents who have purchased the wearable device to monitor their child’s temperature. When iThermonitor detects a fever, parents can access Thermia via web or mobile and answer online questions about the child’s current symptoms and medical history.

Data collected from these interactions is anonymized and analyzed by the Boston Children’s team to enable disease tracking. Using this method, the team collected nearly 45,000 data points from China’s Thermia users between 2014 and 2016. They discovered that outbreaks of “influenza-like illnesses”, which had the hallmark signs of influenza, could be detected digitally in real time.

In comparison to the influenza surveillance data collected by the National Health and Family Planning Commission (NHFPC) of the People’s Republic of China, the data from iThermonitor and Thermia revealed influenza outbreaks an entire month earlier.

“Delays in clinically-reported data and lack of data availability contribute to the challenges of identifying outbreaks rapidly,” says John Brownstein, PhD, who is the chief innovation officer at Boston Children’s and director of the Computational Epidemiology Lab and the IDHA. “As a result, we have more and more opportunities to use real-time, low-cost digital solutions like Thermia to improve disease surveillance.”

In China, for example, the National Health and Family Planning Commission normally conducts their influenza surveillance by reporting and confirming cases as children are seen by clinicians at health facilities.

But this kind of traditional disease surveillance program is susceptible to lag time before an emerging outbreak is recognized. Factors that contribute to this lag time include patients’ proximity and likelihood of traveling to a clinic, the availability of trained clinicians who can identify the signs of influenza and whether or not local laboratory resources are available to confirm cases.

In contrast, China has 620 million mobile internet users who can theoretically access the standalone Thermia application from any computer, smartphone or even the Amazon Alexa assistant.

“In geographically large and densely populated countries like China, tools like Thermia can provide better on-the-ground disease surveillance than by relying on data that is only captured at the point of treatment in the clinic,” says Hswen. 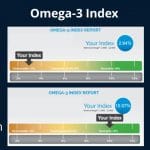