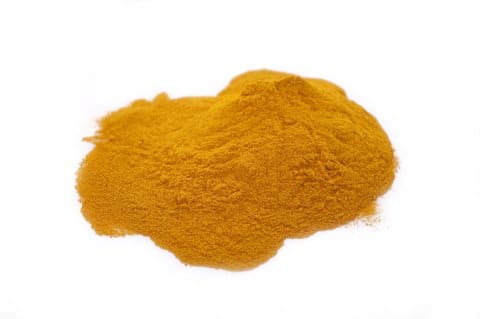 In the current society, finding people who are trying to lose weight is becoming more frequent; not only to look good, but to improve their health. There are many products and recipes that ensure that can help you lose weight but, are all of them effective?

Among the natural recipes for losing weight the use of turmeric is very popular; however, how turmeric causes weight loss?[wp_ad_camp_1]

Turmeric is known for its wide spectrum of benefits for the human body, such as being an antioxidant, a potent anti-inflammatory, a memory booster, among others, but its effects as a fat burning are becoming more popular nowadays.

The natural fat-burning process in the body occurs when fat is burned by the central nervous system, which is a necessary process to maintain the body’s temperature regulation. Turmeric (especially its component curcumin) can increase the thermogenesis rates by stimulating the capsaicin receptors. A greater fat burning will produce a higher weight loss.[wp_ad_camp_1]

A study published in 2009 and leaded by important nutritionists concluded that dietary curcumin (a bioactive component of turmeric) can stop the angiogenesis (formation of new blood vessels) which is a completely necessary process to create new fat-tissue reserves.

The study also showed that even when the animals (mice) were fed a high-fat diet, but with curcumin, their body-weight gain and total body fat was significantly reduced. Likewise, those animals which diets were seasoned with curcumin had lower blood levels of glucose, triglyceride, cholesterol (especially the especially LDL or ‘bad’ cholesterol), fatty acid, and less amount of liver fat.

Another study, published in 2011 and made by an associate professor of biobehavioral health, showed that adding antioxidant spices (like cinnamon and turmeric) to the high-fat food helped to reduce approximately 30% the blood levels of triglyceride.

When eating spicy foods with turmeric (two tablespoons), it also increased the antioxidant activity in the blood and the tissues’ response to insulin, which is very beneficial to avoid developing chronic diseases such as arthritis and Diabetes Mellitus.

Other studies have focused on improving the absorption and bioavailability of turmeric and its components (curcuminoids) to increase its beneficial effects on health. One of these studies showed that turmeric bioavailability was improved when using a hydrophilic carrier dispersed and not the standard purified preparation. Therefore, many researchers are looking for developing new presentations of turmeric.

Another important characteristic for the great acceptance of turmeric as a natural fat burner is due to its non-toxicity nature. It has been used as a seasoning for centuries by Asians and those who eat turmeric frequently assure not feeling heartburn or other stomach symptoms after the meal.

Other experts have focused their studies on the effects of turmeric on the liver. The liver is an essential organ during the natural fat burning and body’s detoxification processes. When the liver gets damaged many toxins and waste products accumulate in the body.

Finally, turmeric can also help to detoxify the liver, maintaining it fat-free, and protecting it from the damage produced by the free radicals (due to its antioxidant effect).