Many specialized cells, such as in the skin, gut or blood, have a lifespan of only a few days. Therefore, steady replenishment of these cells is indispensable. They arise from so-called “adult” stem cells that divide continuously. In addition, there is a group of very special stem cells in the bone marrow that were first discovered in 2008 by a research team led by Andreas Trumpp, who is a division head at the DKFZ and director of HI-STEM. These cells remain in a kind of dormancy most of the time and only become active in an emergency such as bacterial or viral infections, heavy blood loss, or in the wake of chemotherapy. Once their work is done, the body sends its most potent stem cells back to sleep. The scientists assume that this protects them from dangerous mutations that may lead to leukemia.[wp_ad_camp_1]

The mechanisms that activate these special stem cells or make them go back to sleep after their work is done have remained elusive until now. The scientists have now identified retinoic acid, a vitamin A metabolite, as a crucial factor in this process. If this substance is absent, active stem cells are unable to return to a dormant state and mature into specialized blood cells instead. This means that they are lost as a reservoir. This was shown in studies with specially bred mice whose dormant stem cells are green fluorescent. “If we feed these mice on a vitamin A deficient diet for some time, this leads to a loss of the stem cells,” said Nina Cabezas-Wallscheid, who is the first author of the publication. “Thus, we can prove for the first time that vitamin A has a direct impact on blood stem cells.”

This finding not only enhances our understanding of the development of blood cells, it also sheds new light on prior studies that demonstrate that vitamin A deficiency impairs the immune system. “This shows how vitally important it is to have a sufficient intake of vitamin A from a balanced diet,” Cabezas-Wallscheid emphasized. The body cannot produce its own vitamin A.[wp_ad_camp_1]

The scientists also have hopes for new prospects in cancer treatment. There is evidence that cancer cells, like healthy stem cells, also rest in a state of dormancy. When dormant, their metabolism is almost completely shut down — and this makes them resistant to chemotherapy. “Once we understand in detail how vitamin A or retinoic acid, respectively, sends normal and malignant stem cells into dormancy, we can try to turn the tables,” explained Trumpp. “If we could make cancer cells temporarily enter an active state, we could thus make them vulnerable to modern therapies.”

In addition, in collaboration with colleagues from the European Bioinformatics Institute in Cambridge, the team performed genome-wide analyses of single cells and discovered that the transition from dormant to active stem cells and then on to progenitor cells is a continuous one and follows a different path for each individual cell. So far, scientists had assumed that specific cell types develop step by step in a defined pattern. This finding revolutionizes the previous concept of how cell differentiation in the body takes place.

The Heidelberg Institute of Stem Cell Research and Experimental Medicine (HI-STEM) is a partnership of the DKFZ and the Dietmar Hopp Foundation.

An image for this press release is available at: https://www.dkfz.de/de/presse/pressemitteilungen/2017/bilder/cover_Cabezas-Wallscheid.jpg

Caption: Vitamin A, which is contained in foods like carrots, broccoli and fish, regulates hematopoietic stem cells.

Note on use of images related to press releases

Use is free of charge. The German Cancer Research Center (Deutsches Krebsforschungszentrum, DKFZ) permits one-time use in the context of reporting about the topic covered in the press release. Images have to be cited as follows: “Source: Iris Joval/DKFZ”. Distribution of images to third parties is not permitted unless prior consent has been obtained from DKFZ’s Press Office (phone: ++49-(0)6221 42 2854, E-mail: presse@dkfz.de). Any commercial use is prohibited.

The German Cancer Research Center (Deutsches Krebsforschungszentrum, DKFZ) with its more than 3,000 employees is the largest biomedical research institute in Germany. At DKFZ, more than 1,000 scientists investigate how cancer develops, identify cancer risk factors and endeavor to find new strategies to prevent people from getting cancer. They develop novel approaches to make tumor diagnosis more precise and treatment of cancer patients more successful. The staff of the Cancer Information Service (KID) offers information about the widespread disease of cancer for patients, their families, and the general public. Jointly with Heidelberg University Hospital, DKFZ has established the National Center for Tumor Diseases (NCT) Heidelberg, where promising approaches from cancer research are translated into the clinic. In the German Consortium for Translational Cancer Research (DKTK), one of six German Centers for Health Research, DKFZ maintains translational centers at seven university partnering sites. Combining excellent university hospitals with high-profile research at a Helmholtz Center is an important contribution to improving the chances of cancer patients. DKFZ is a member of the Helmholtz Association of National Research Centers, with ninety percent of its funding coming from the German Federal Ministry of Education and Research and the remaining ten percent from the State of Baden-Württemberg. 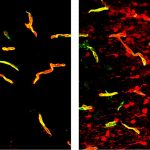 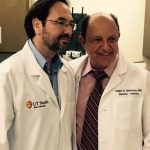