Cancer tumours manipulate a natural cell process to promote their survival suggesting that controlling this mechanism could stop progress of the disease, according to new research led by the University of Oxford.[wp_ad_camp_1]

Non-sense mediated decay (NMD) is a natural physiological process that provides cells with the ability to detect DNA errors called nonsense mutations. It also enables these cells to eliminate the mutated message (decay) that comes from these faulty genes, before they can be translated into proteins that can cause disease [wp_ad_camp_1]formation. NMD is known among the medical community for the role it plays in the development of genetic diseases such as Cystic Fibrosis and some hereditary forms of cancers. But not all nonsense mutations can elicit NMD, so until now, it’s wider impact on cancer was largely unknown.

Biomedical researchers and computer scientists from the University of Oxford Medical Sciences Division and the University of Birmingham developed a computer algorithm to mine DNA sequences from cancer to accurately predict whether or not an NMD would eliminate genes that had nonsense mutations. The work originally focused on ovarian cancers, and found that about a fifth of these cancers use NMD, to become stronger. This is because NMD ensures that the message from a gene called TP53, which ordinarily protects cells from developing cancer is almost completely eliminated. In the absence of NMD, a mutated TP53 might still retain some activity but NMD ensures that this is not the case.

Based on this research, the team predicts that because cancers essentially feed on NMD, they become dependent on it in some cases. If scientists were therefore able to inhibit or control the process, it is possible that they could also control cancer and prevent the progression of the disease.

Dr Ahmed Ahmed, Co-author and Professor of Gynaecology Oncology at the Nuffield Department of Obstetrics & Gynaecology and the head of the Ovarian Cancer Cell Laboratory, at the Weatherall Institute of Molecular Medicine at the University of Oxford, said: ‘Our first observations of evidence of the role of NMD in ovarian cancer were tantalizing. We found that NMD precisely explained why there was almost no expression of TP53 in certain ovarian cancers. We went on to test the role of NMD in other cancer types and the evidence of the role of NMD was compelling. This opens the door for exciting possibilities for customised treatments including individualized immunotherapies for patients in the future.’

Following the ovarian cancer analysis, the team expanded the study to include other cancer types. They analysed about a million different cell mutations in more than 7,000 tumours from the Cancer Genome Atlas covering 24 types of cancer. The team was able to map how each cancer type used NMD revealing the remarkable extent to which NMD helps cancer to survive.

Katherine Taylor, CEO of Ovarian Cancer Action, who part-funded the research, said: ‘This is very exciting news. Professor Ahmed and his team have identified how cancer cells rely on a process called NMD for their survival. This discovery could help clinicians identify and inhibit the process, giving them much better control of a person’s cancer.

‘Ovarian cancer is a very complicated disease and survival rates are low, with only 46% of women living beyond five years after diagnosis. So understanding how we can prevent the disease from thriving is imperative if we are to improve the outcome for more women.

‘It’s fantastic to see how our funding is helping make real progress and we couldn’t do this without the generosity of our supporters. We look forward to seeing where Professor Ahmed takes his research next.’

Moving forward the team will focus on testing their theory and understanding to what degree stopping the NMD process allows them to control tumours.

Co-author, Dr Christopher Yau, a computational scientist at the Institute of Cancer and Genomic Sciences, University of Birmingham said: ‘As a result of these findings, we now plan to apply the same computer algorithm to determine if NMD affects cancer patients in The 100,000 Genomes Project. These investigations may pave the way to new treatment possibilities for NHS patients in the future 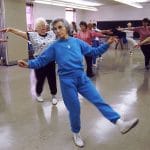 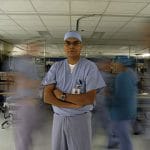