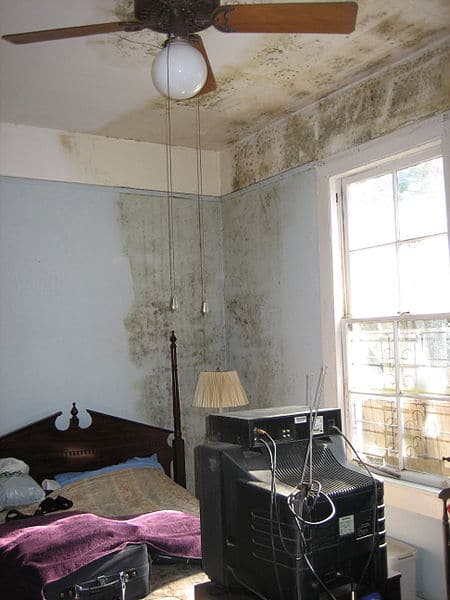 Toxins produced by three different species of fungus growing indoors on wallpaper may become aerosolized, and easily inhaled. The findings, which likely have implications for “sick building syndrome,” were published in Applied and Environmental Microbiology, a journal of the American Society for Microbiology.[wp_ad_camp_1]

“We demonstrated that mycotoxins could be transferred from a moldy material to air, under conditions that may be encountered in buildings,” said corresponding author Jean-Denis Bailly, DVM, PhD, Professor of Food Hygiene, National Veterinary School of Toulouse, France. “Thus, mycotoxins can be inhaled and should be investigated as parameters of indoor air quality, especially in homes with visible fungal contamination.”

The impetus for the study was the dearth of data on the health risk from mycotoxins produced by fungi growing indoors. (image: microscopic view of a sporulating Aspergillus, showing numerous light spores that can be easily aerosolized and inhaled together with mycotoxins. credit: Sylviane Bailly.)

In the study, the investigators built an experimental bench that can simulate an airflow over a piece of contaminated wall paper, controlling speed and direction of the air. Then they analyzed the resulting bioaerosol.

“Most of the airborne toxins are likely to be located on fungal spores, but we also demonstrated that part of the toxic load was found on very small particles — dust or tiny fragments of wallpaper, that could be easily inhaled,” said Bailly..

The researchers used three fungal species in their study: Penicillium brevicompactum, Aspergillus versicolor, and Stachybotrys chartarum. These species, long studied as sources of food contaminants, also “are frequent indoor contaminants,” said Bailly. He noted that they produce different mycotoxins, and their mycelia are different from one another, likely leading to differences in the quantity of mycotoxins they loft into the air. (Mycelia are the thread-like projections of fungi that seek nutrition and water from the environment.)

The findings raised two new scientific questions, said Bailly. First, “There is almost no data on toxicity of mycotoxins following inhalation,” he said, noting that most research has focused on such toxins as food contaminants.

Second, the different fungal species put different quantities of mycotoxins in the air, “probably related to mycelium organization,” but also possibly related to the mechanisms by which mycotoxins from different fungi become airborne — for example via droplets of exudate versus accumulation in spores. Such knowledge could help in prioritizing those species that may be of real importance in wafting mycotoxins, he said.

Bailly noted that the push for increasingly energy efficient homes may aggravate the problem of mycotoxins indoors. Such homes “are strongly isolated from the outside to save energy,” but various water-using appliances such as coffee makers “could lead to favorable conditions for fungal growth,” he said.

“The presence of mycotoxins in indoors should be taken into consideration as an important parameter of air quality,” Bailly concluded. 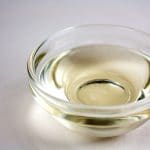