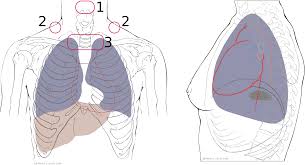 The process of taking oxygen into the lungs and expelling carbon dioxide from the body is known as breathing. Breathing is very important for life as it supplies oxygen to release energy from food through respiration. Apart from this, it eliminates carbon dioxide, which is a waste product of respiration. Also apart from this, breathing eliminates excess water from the body through exhalation. Breathing is a physical process which includes inhalation, exhalation, and relaxation. Inhalation is an active process while exhalation is passive. Breathing has two major stages known as ventilation and gas exchange. Ventilation is the passage of the air in and out of the lungs. Gas exchange is done in the alveoli of the lungs. Two main things happen during the process of gas exchange; oxygen goes into blood and carbon dioxide diffuses out into lungs. Breathing is one of the voluntary actions, which the animal can easily control. Animals commonly do not voluntarily breathe, but involuntary process is ever happening as the centres in the brainstem automatically regulate the breathing.[wp_ad_camp_1]

The important process of breaking down oxygen in the cellular level to produce energy is known as respiration. This process occurs in cellular level and known as an active process. Respiration is the process in which oxygen is used to produce energy and produces carbon dioxide and water as waste products. The process is taking place in the cells and is known as a metabolic process, where glucose from food reacts with oxygen from breathing, to produce biochemical energy in the form of Adenosine triphosphate (ATP). This kind of energy is very vital and is required while performing all the biological processes. Apart from glucose, amino acids and fatty acids are also usually used nutrients for respiration with cellular oxygen. Water, ammonia, and carbon dioxide are the basic waste products of respiration. Mostly water and carbon dioxide move out of the body via breathing, while ammonia comes out with urine. Respiration is an involuntary process, this process cannot be controlled by the animals. However, respiration could be either aerobic or anaerobic. Aerobic respiration involves oxygen in the process, whereas there is no oxygen involved in anaerobic process.

What’s the difference between Breathing and Respiration? 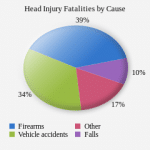 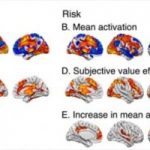