This is a spontaneous process that takes place at room temperature because of the movement of high energy liquid molecules escaping from the surface of liquid into the air. Molecules in a liquid have a certain limit of freedom of movement and possess distinct amounts of kinetic energy. Hence the molecules having larger amount of kinetic energy have the tendency of changing into the gaseous phase which help them to overcome the stresses that might hold them back. The molecules at the surface of liquid requires a small amount of energy to evaporate and usually they are the one who tends to evaporate first. However little portion of molecules deeper in the liquid can get evaporated if they get enough amount of kinetic energy and they can successfully get on liquid surface ignoring all the collisions with the other liquid molecules. The process of evaporation continues as long as the air above the liquid surface is unsaturated. This means that the air above the liquid surface should be capable of accommodating the incoming liquid vapour molecules. The molecules gain the heat energy from the liquid which is converted into their kinetic energy. That is why: when evaporation of liquid molecules takes place, the temperature of the rest of the liquid body decreases.

As discussed above, boiling is the process of vaporization of a liquid when the certain liquid is heated to its boiling point. Or the temperature where the liquid turns to vapours is known as its boiling point, and it is the characteristic property of liquid. On heating the molecules within the liquid are able to absorb the heat energy provided and increase its kinetic energy. As a result, the rate of evaporation increases. This process continues as long as the air remains unsaturated. However, at the point when the internal pressure of the liquid becomes same to the external pressure (ambient pressure), the transformation of the liquid molecules into vapours is called boiling.

Difference between Evaporation and Boiling

2 .In evaporation bubbles cannot form because the vapor pressure is less than the atmosphere. Vapor pressure < Atmosphere pressure

3.Temperature Contribution. Evaporation process can be done at any given temperature. While on the other hand the process of boiling takes place only at the boiling point of the liquid, and this temperature remains constant from the starting till the end of the boiling process

4.The process of evaporation takes on the surface of the liquid .

The process of boiling takes place throughout the liquid. 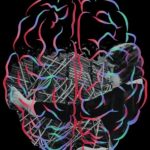