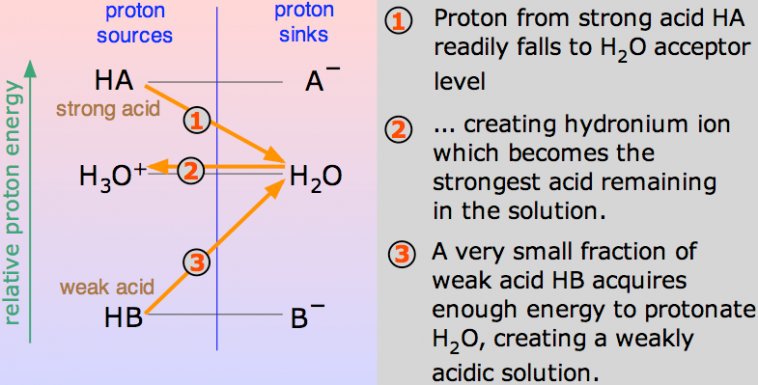 Acids are defined in many different ways by many different scientists. Arrhenius says that an acid is a substance that donates H3O+ ions in the solution, while on the other hand base is a substance that donates OH– ions to the solution. Bronsted- Lowry was two scientists who said that you can define acid as a substance that can donate a proton and a base as a substance that can accept a proton. Lewis acid definition is very much different from the above two definitions. This definition states that any electron pair acceptor is an acid and a donator is a base. According to the Arrhenius definition, to be a base a compound must have a hydroxide anion and the ability to donate it as a hydroxide ion. According to Lewis and Bronsted- Lowry, there can be molecules, which don’t possess hydroxides, but can act as a base. For example, NH3 is a Lewis base, because it can donate the electron pair on nitrogen. Na2CO3 is a Bronsted- Lowry base without hydroxide groups, but has the ability to accept hydrogens.

If we ignore the above discussed definitions we can easily identify an acid as proton donor. The taste of an acid is normally sour. Lime juice and vinegar are two common acids which are present in our homes. They react with bases producing water and react with metals forming H2, thus increase the rate of metal corrosion. Acids can be further categorized into two categories, based on their ability to dissociate and produce protons. Strong acids like HCl, HNO3 which tends to completely ionize in a solution, to give protons.  And then comes Weak acids like CH3COOH which partially dissociates and give fewer amounts of protons.

Ka is the acid dissociation constant. Acid dissociation constant gives an indication of the ability to lose a proton of a weak acid. To check whether an acid is strong or weak we can identify with the help of various indicators like litmus paper or pH paper. In the pH scale, from 1-6 acids are represented. An acid with pH 1 is said to be very strong, and as the pH value increases, acidity is decreased.

Bases have a slippery soap type touch and are bitter in taste. They easily react with acids producing water and salt molecules. Caustic soda, ammonia, and baking soda are few common bases used in our daily life bases can be further categorized into two categories based on their ability to dissociate and produce hydroxide ions. Strong bases like NaOH and KOH are completely ionized in a solution, to give ions. Weak bases like NH3 are partially dissociated and give fewer amounts of hydroxide ions. 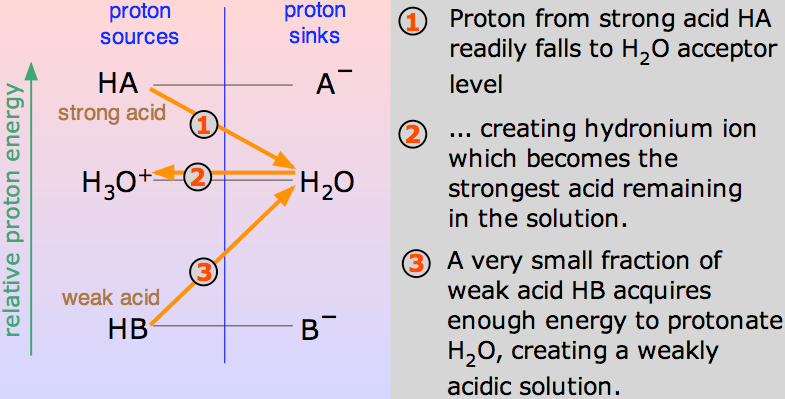 What is the difference between Strong and Weak Acids ?