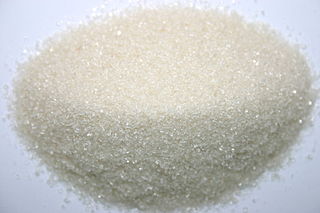 Carbohydrates are known as the collection of compounds, which are explained as “poly hydroxy aldehydes and ketones or substances that hydrolyse to yield polyhydroxy aldehydes and ketones.” Carbohydrates are the most plentiful type of organic molecules in the world. One of their functions is to provide chemical energy for living organisms. Apart from this function, they also serve as essential constituents of tissues. Carbohydrate can be again classified into three categories as monosaccharide, disaccharides and polysaccharides. Monosaccharaides are the simplest type of carbohydrate. Monosaccharaides are further categorized on the bases of,

Sugar is associated with sweetness due to its sweet taste and is a common term used to address sucrose. Sucrose is the type of common sugar that we use daily and is also known as table sugar.  Its appearance is in crystalline form and is a carbohydrate. It is basically a disaccharide.  This is the most widely occurring disaccharide. It can be easily found in all photosynthetic plants and extracted commercially from sugar cane or sugar beets. The scientific molecular formula of sucrose is C12H22O11. Sugar is made up of the combination of glucose and a fructose through a glycosidic linkage. Glucose contains six carbon atoms and is known as monosaccharide and an aldehyde group. Therefore, it is a hexose and an aldose. It has four hydroxyl groups.

Sucrose is easily and highly soluble in water. It will hydrolyse and yield glucose and fructose molecules under the acidic conditions. Sucrose is a form of non-reducing sugar. Therefore, it provides negative tests with Benedict’s and Tollen’s solutions. But if the sucrose it treated with an acid and then experimented with these reagents then they will give positive results. In today time, Brazil is producing the most amount of sugar in the world. Sugar is mainly used for food industry.

Sugar alcohol is formed where the carbonyl group of a carbohydrate is reduced to an alcohol.  This is also called as a polyol or polyalcohol because to the number of hydroxyl groups present in it. Sugar alcohol is a hydrogenated form of carbohydrate.Sugar alcohols are often used as food additives. They are used in place of sugar. Some types of sugar alcohol are xylitol,maltitol  ,erythritol and sorbitol .

What are the differences between Sugar and Sugar Alcohol?

For persons who are diabetes or just like to read labels before they shop or eat would notice sugar alcohol on many of there products . They may wonder how is this different from sugar . 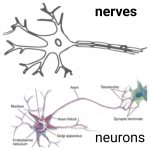