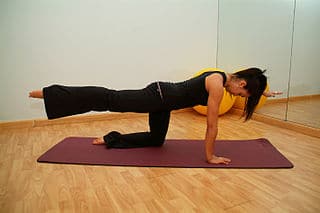 Yoga and Meditation both of them are considered as same because of the similarity between them but in reality there are some differences between them. In fact, Meditation is one of the parts of the Astana Yoga formed by Sage Pat Anjali. Meditation includes in the constant concentration of the human mind on a particular object or a religious symbol. While on the other side, the aim of Yoga is the attainment of the state of spiritual absorption. This was the major difference between these two terminologies. Through this discussion let us explain the difference between both of them.[wp_ad_camp_1]

We should first start with the word Yoga. Yoga consists of eight limbs called Yama, Niyama, Asana, Pranayama, Pratyahara, Dharana, Dhyana and Samadhi. The main aim of yoga is the attainment of the state of spiritual absorption. The highest state of human life lies in the realization of the supreme power within him. This is the basic truth of the constant practice of Yoga. Yoga is recommended for enhancing mental and physical health as well. Yoga is known as one of the six systems of philosophy of Indians. The rest of the five systems are Nyaya, Vaiseshika, Sankhya, Purva Mimamsa and Uttara Mimamsa or Vedanta. The tenets of the philosophy of Yoga are contained in the Yoga Sutras or the Aphorisms of Yoga compiled by Pat Anjali. He belonged to the 3rd century B.C. The word Yoga basically means to ‘unite’ and is derived from the Sanskrit root ‘yuj’. Its basic goal is the union of the human being with the Almighty. This union is then converted in the state of spiritual absorption or Samadhi followed by Dhyana or meditation.

Meditation is known as the 7th limb of Yoga, and it is named as Dhyana in Sanskrit. Meditation includes the constant concentration of the mind on a particular specific object or a specific religious symbol. Meditation is said to meaning to gain liberation according to Krishna in the Bhagavad-Gita. It is believed that meditation is a thing that helps to sharpen the human mind. Many techniques are meant to improve the standard of meditation. In fact, Lord Krishna teaches the basic and important technique of meditation in the Bhagavad-Gita. Meditation brings about the feeling of oneness between the living beings. This shows that this is a major and clear difference between both yoga and meditation although they are very much related to one another but are different from each other. This difference can be concluded as follows.

What is the main Difference Between Yoga and Meditation?

Definitions of Yoga and Meditation:

Yoga: the aim of yoga is to gain the state of spiritual absorption.

Meditation: Meditation includes the constant concentration of the mind on a particular specific object or a specific religious symbol.

Characteristics of Yoga and Meditation:

Meditation: Meditation is the 7th limb of Yoga, and it is named as Dhyana in Sanskrit. 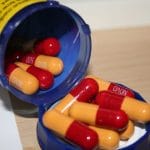 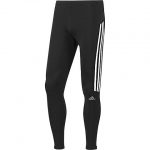