His work is published this week in the prestigious magazine PNAS

Immune system cells, leukocytes, or white blood cells accumulate in the tissues of the human body after, for example, trauma or injury. Its main function is the repair of this damaged tissue . However, in addition to this repair function, these cells produce certain substances that promote pain (called algogens), so they play a key role in the pain felt when the tissue is inflamed. This is also applicable to certain chronic pathologies that occur with inflammation and pain, as in the case of arthritis.

Paradoxically, these leukocytes, in addition to releasing algogens, are capable of producing endogenous opioid peptides (such as endorphins). These peptides have the same activity as opioid analgesics (drugs for treating severe pain, such as morphine), which have been used for millennia to treat pain. However, the balance between leukocyte activity for and against pain during inflammation clearly favors pain; In fact, inflammation causes pain.

The sigma-1 receptor is a very small protein present in neurons, and is able to modulate the action of opioid receptors. In a study led by scientists from the University of Granada (belonging to the Department of Pharmacology and Institute of Neurosciences of the Center for Biomedical Research, Biosanitary Institute of Granada), together with the Esteve pharmaceutical company, Instituto Teófilo Hernando de R & D , And the Austrian Molecular Biotechnology Institute, it has been discovered that sigma-1 receptor blockers are able to increase the effect of these endogenous opioid peptides producing leukocytes, so that these cells of the immune system when in tissue Inflamed relieve pain rather than produce it.

“We are facing a totally novel mechanism of pain relief , based on maximizing the analgesic potential of cells of the immune system, and that could have important therapeutic applications in patients with pain of inflammatory origin,” says the director of this work, the researcher Of the department of Pharmacology and Institute of Neurosciences of the University of Granada Enrique J. Cobos del Moral.

This research work has been possible thanks to the Program of Reincorporation of Doctors of the Vicerrectorado of Investigation and Transfer of the UGR. 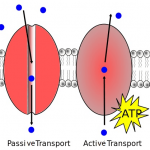