A mathematical model confirms the hypothesis of the origin of the auroral sounds.

The video picture is grainy and the sound is scratchy. However, Clap Sounds of Northern Lights? is number one on Aalto’s YouTube channel with almost a quarter million views.

The sounds of the Northern Lights captured by acoustics researcher Unto K. Laine are fascinating as there is a contradiction linked to them. Folk-tales talk about the sounds, and hundreds of walkers on the fells and wilderness have reported hearing claps, crackling sounds and noise when they are below the lights. However, majority of the scientific world had long regarded the observations as nonsense: the Northern Lights are generated at a height of 80–150 kilometres, and it is not possible for an audible sound to travel to the human ear from such a distance.

The model fitted the hypothesis beautifully and at the same time gave the height of the inversion layer more precisely at 78–80 metres.

The contradiction bothered Laine so much that, at the turn of the millennium, he started to solve it in his own time. The start of the task was not easy, but during this decade Laine has achieved several breakthroughs. The first of them was in 2011, when he used three microphones placed in separate locations and magnetic field measurements to locate the origin of the Northern Lights’ sounds a good 70 metres above the earth’s surface (published in ICSV 2012). In 2016, Laine presented his inversion hypothesis at an international conference for acoustics researchers. The hypothesis was that the sounds are generated when the magnetic storm created by the Northern Lights causes the temperature inversion layer to discharge at a height of about 75 metres. The hypothesis was given an enthusiastic reception and now Aalto University’s Emeritus Professor Laine, who is still conducting research, has found additional force with a new calculation method based on a mathematical model.

‘I tested it with two hours of material I recorded in Fiskars in 2013. The model fitted the hypothesis beautifully and at the same time gave the height of the inversion layer more precisely at 78–80 metres’, he explains.

Laine was also able to show, for the first time in the world, that the Northern Lights are also associated with a noise heard by the human ear, whose source is either in the inversion layer or a little above it.

‘In addition, I observed the same kind of infasound at about 14 Hz that was registered during research carried out in Alaska in the 1970s. At that time, it was not understood why there was no timing correlation between sounds recorded at three measurement points distant from one another. Because at the time it was assumed that the sounds were generated at a height of 100 kilometres, it was not possible to explain the local nature of the sounds. On the basis of the research carried out now, it is possible that also these infrasounds were generated within the inversion layer, which would explain their local nature.’

Professor Laine has two competing theories of the origin of the 14 Hz infrasound that the human ear cannot hear. According to the first one, they travel from the Northern Lights into the inversion layer and there they generate electrical discharges and noise. The other possibility is that the changes in the Northern Lights’ powerful magnetic field produces a coronal discharges in the inversion layer and the result is both these infrasounds and the audible noise. The latter theory would explain the results obtained in Alaska, the former would not.

‘We just have to state humbly that both are possible. The research continues’, smiles Laine, who recently received a grant from the Finnish Cultural Foundation.

Unto K. Laine will presented his research paper Localization of sound sources in temperature inversion layer during a geomagnetic storm 25 July 2017 at the “International congress on sound and vibration” in London. 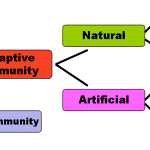