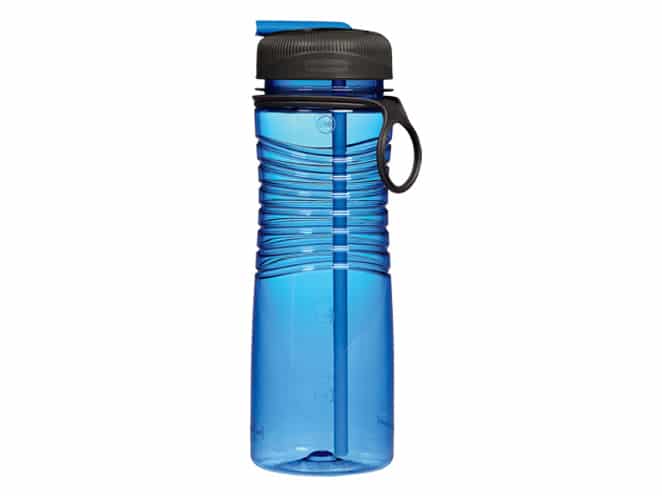 Researchers at Baylor College of Medicine have identified a group of potential substitutes for bisphenol A (BPA) that lack the adverse effects typically associated with BPA. The researchers used automated microscopy- and image analysis-based technologies that allowed them to analyze multiple effects of the compounds in hours, instead of days or weeks, that are usually required for standard toxicology analyses. The results are published in PLOS ONE.

“BPA, a poster child for endocrine disrupting chemicals, is a synthetic compound present in a wide range of products including polycarbonate plastics used in the manufacture of water and infant bottles, on resins coating metal food cans and in many other applications,” said corresponding author Dr. Michael Mancini, professor of molecular and cellular biology, director of the Integrated Microscopy Core at Baylor and co-director of the John S. Dunn Gulf Coast Consortium for Chemical Genomics.

Health concerns about BPA and BPA substitutes have emerged because, according to a National Health and Nutrition Examination Survey, BPA is widespread in human populations. BPA can leach into canned foods or bottled water, and people are exposed when consuming those foods. Further concern comes from animal studies showing that even low-dose exposure to BPA during development can result in cancer and negative effects on fetuses and newborns.

BPA, like other endocrine disrupting chemicals, or EDCs, affects the body by interacting with the hormonal or endocrine system; in particular, researchers have studied the effects of BPA binding to estrogen receptors. With BPA and other EDCs in the environment, rapid and sensitive testing of compounds using new technology platforms is now available to identify compounds with potentially similar effects in living organisms.

“People are exposed to the various plastics that contain BPA or BPA substitutes on a daily basis, so finding compounds that would allow us to make these plastics safer is an important contribution,” said first author Dr. Adam Szafran, an Instructor in the Mancini lab and chief architect of the custom imaging and image analysis platforms.

Earlier, Mancini and his colleagues developed a new, https://tadalafilhome.com powerful experimental approach that combined high throughput microscopy techniques with specifically engineered cell lines and roboticized screening resources to individually test the effect of numerous compounds on biological functions; these experiments are highly efficient, generating a large number mechanistic and phenotypic measurements simultaneously, even with only very brief exposure of compounds to cells.

“We previously established highly multiplexed, single cell-oriented model systems to identify mechanisms involved in complex hormonal biology,” Mancini said. “Unlike standard biochemical or toxicological assays, our approach quantifies levels of estrogen receptors, nuclear localization, DNA binding, large-scale chromatin modeling, protein interactions and transcription, and also include data on toxicity, cell proliferation and many other characteristics; all at the level of individual cells and in one assay that only takes a few hours.”

A robotic system processes the samples and takes tens of thousands of images of the cells through an automated microscope. Later, in-house developed software analyzed and reported on more than 10 billion data points to create a comprehensive picture of what is going on inside and on the surface of the cells.

“When the paper describing our novel approach was published, Valspar Corp., an industrial coatings company, approached our lab,” Mancini said. “They were interested in finding a compound that does not have activity on estrogen receptors, but still provides a means to extend the shelf life of canned foods. Traditional toxicology studies conducted in animals are time consuming, expensive and provide limited data regarding the mechanism involved. Our approach is much faster, sensitive and accurate as standard biochemical assays and allows for testing for numerous compounds at once.”

The researchers used their automated approach to screen a number of BPA substitute candidates for their ability to bind to estrogen receptors and trigger their activity.

“Using our high-throughput assay, we identified two compounds that are relatively inactive when compared to the negative effects attributed to BPA or the BPA-substitutes in use today,” Szafran said.

“The compounds we found passed our testing, but it doesn’t mean that they are completely free of effects,” Mancini said. “This would need further testing in animal studies.” 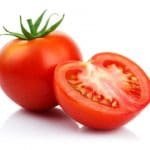 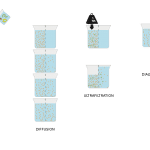