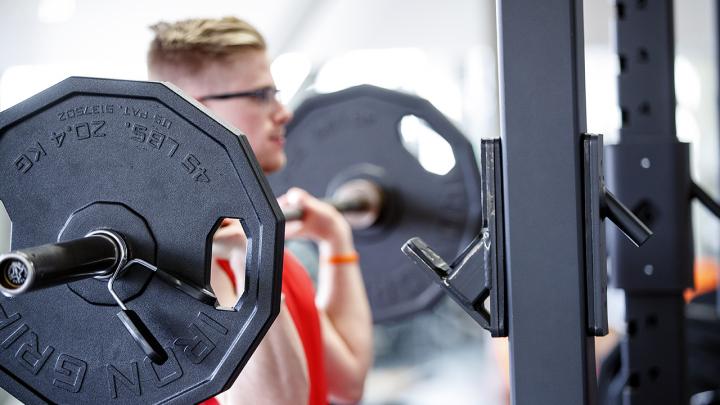 A recent study from the University of Nebraska-Lincoln has given new meaning to the concept of brain power by suggesting that physical strength might stem as much from exercising the nervous system as the muscles it controls.[wp_ad_camp_1]

Over the past few years, researchers have found evidence that lifting more repetitions of lighter weight can build muscle mass just as well as fewer reps of heavier weight. Even so, those who train with heavier weight still see greater gains in strength than those who lift lighter loads.

But if strength differs even when muscle mass does not, what explains the disparity?

Nathaniel Jenkins and his colleagues may have uncovered some answers by measuring how the brain and motor neurons – cells that send electrical signals to muscle – adapt to high- vs. low-load weight training. Their study suggests that high-load training better conditions the nervous system to transmit electrical signals from the brain to muscles, increasing the force those muscles can produce to a greater extent than does low-load training.[wp_ad_camp_1]

Muscles contract when they receive electrical signals that originate in the brain’s neuron-rich motor cortex. Those signals descend from the cortex to the spinal tract, speeding through the spine while jumping to other motor neurons that then excite muscle fibers.

Jenkins found evidence that the nervous system activates more of those motor neurons – or excites them more frequently – when subjected to high-load training. That increased excitation could account for the greater strength gains despite comparable growth in muscle mass.

“If you’re trying to increase strength – whether you’re Joe Shmoe, a weekend warrior, a gym rat or an athlete – training with high loads is going to result in greater strength adaptations,” said Jenkins, an assistant professor of exercise physiology at Oklahoma State University who conducted the research for his dissertation at Nebraska.

The dissertation randomly assigned 26 men to train for six weeks on a leg-extension machine loaded with either 80 or 30 percent of the maximum weight they could lift. Three times per week, the participants lifted until they could not complete another repetition. Jenkins was able to replicate the findings of several previous studies, seeing similar growth in muscle between the two groups but a larger strength increase – roughly 10 pounds’ worth – in the high-load group.

But the researchers also supplied an electric current to the nerve that stimulates the quadriceps muscles used in leg extensions. Even at full effort, most people do not generate 100 percent of the force their muscles can physiologically produce, Jenkins said. By comparing the force of a participant’s “hardest” unassisted kick with the maximum force they can generate when aided by electric current, scientists can determine how much of that capacity a person has reached – a measure known as voluntary activation.

“During a maximal contraction, it would be advantageous if we are activating – or more fully activating – more motor units,” Jenkins said. “The result of that should be greater voluntary force production – an increase in strength. That’s consistent with what we’re seeing.”

Jenkins also tested his hypothesis another way, asking participants from both groups to kick out at 10-percent intervals of their baseline strength – from 10 percent all the way up to 100 percent – after three and six weeks. If high-load training does improve muscle efficiency better than low-load training, he reasoned, then high-load lifters should also use a smaller proportion of their strength – that is, exhibit lower voluntary activation – when lifting the same relative weight.

That’s what the data generally showed. Voluntary activation in the low-load group did decrease slightly, from an average of about 56 percent at baseline to 54.71 percent after six weeks. But it decreased more in the high-load group, dropping from about 57 to 49.43 percent.

“If we see a decrease in voluntary activation at these sub-maximal force levels, that suggests that these guys are more efficient,” Jenkins said. “They are able to produce the same force, but they activate fewer motor units to do it.”

Placing electrodes on the participants to record the electrical signatures of their quadriceps reinforced those results. High-load training led to a substantially larger drop in electrical activity after six weeks, the study reported, and that activity was lower across most levels of exertion.

“From a practical standpoint, that should make the activities of daily living easier,” Jenkins said. “If I’m lifting sub-maximal loads, I should be able to do more repetitions with fewer motor units active, so maybe I fatigue a little bit slower.”

Jenkins maintained that low-load training remains a viable option for those looking to simply build mass or avoid putting extreme stress on joints, a priority for older adults and people rehabbing from injury. Still, he said, the new study lends even greater credence to the notion that when it comes to building strength – especially amid a busy schedule – heavier is better. 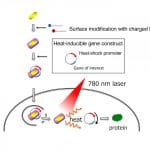