Colonization of the intestine of a newborn by forming bacteria flora or intestinal microbiota is key in health that will throughout his life, until the extent that any alteration that occurs in this stage increases the risk of certain diseases.

A team led by researchers from the Higher Council for Scientific Research (CSIC) has studied the effects on intestinal microbiota having antibiotics during labor in term infants (from 37 weeks gestation) born vaginally. The results, which are published in the journal Microbiome show alterations and suggest that this practice encourages bacteria carrying resistance genes are established.

Antibiotics to the mother during delivery, which are prescribed for various reasons, is a common practice, this, researchers in approximately 30% of births. In a previous study, the scientists showed that exposure to antibiotics, including those administered during childbirth, caused “major changes” in the establishment of the microbiota in preterm infants.

“We have now observed that the potential impact of this practice on the role of neonatal intestinal microbiota as reservoir of genes for antibiotic resistance deserves special attention” explains CSIC researcher Miguel Gueimonde, who works at the Dairy Institute of Asturias .

Among the observed alterations include reducing, during the first weeks of life, levels of commensal microorganisms of the family Bifidobacteriaceae and increased or potentially pathogenic Campylobacteriaceae Helicobacteriaceae.

The researchers also -formed by scientists of the Central University Hospital of Asturias and the University of Parma (Italy) – fecal samples studied 40 term infants born by vaginal delivery. Of these, 18 were born in deliveries where antimicrobial prophylaxis (penicillin) was administered to the mother.

Through massive sequencing technologies 16S rRNA gene, they monitored the evolution of the microbiota during the first 90 days of life. Also they studied the presence of various antibiotic resistance genes in samples from children 30 days.

“The hypothesis was that exposure to intrapartum antibiotics independently, ie without any other form of exposure or problems associated with other conditions such as premature birth or caesarean sections, affect the process of establishment and development of intestinal microbiota in the newborn. The initial hypothesis was confirmed by the numerous differences between two groups of children”says CSIC researcher.

The research lays the foundation for the development of intervention strategies aimed at correcting these changes and promote the establishment of the intestinal microbiota. “It is therefore necessary to minimize the impact on the microbiota of perinatal antibiotic use” concludes Gueimonde. 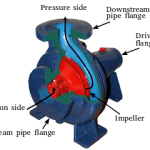