Researchers in the Netherlands have designed a different approach to the liquid biopsy. Rather than looking for evidence of cancer DNA or other biomarkers in the blood, their test (called thromboSeq) could diagnose non-small cell lung cancer with close to 90% accuracy by detecting tumor RNA absorbed by circulating platelets, also known as thrombocytes. Non-small cell lung cancers make up the majority of lung cancer cases. The research appears August 14 in the journal Cancer Cell.

“Ultimately, the aim of liquid biopsy-based cancer detection is to detect all cancers at once in an early stage; an all-in-one test,” says first author Myron Best, a researcher at the department of Neurosurgery of the VU University Medical Center in Amsterdam and the Cancer Center Amsterdam. “ThromboSeq might not only provide lung cancer diagnostics, but potentially any other tumor type as well, and may enable tumor-type stratification.”

Platelets are short-lived blood cells known to form blood clots in response to injury. However, platelets also respond to a range of inflammatory events and cancer. Because platelet cells don’t have a nucleus of their own, all RNA found in platelets either comes from megakaryocytes (the cells that form platelets in bone marrow) or from RNA the platelets absorbed while circulating in blood. Platelets in a cancer-free person will contain a different compilation of RNA than platelets that interacted with a tumor, known as tumor-educated platelets.

The researchers studied blood samples of more than 700 people, which included people diagnosed with late-stage non-small cell lung cancer, a smaller group with early stage cancer, and a control group with no known cancer. People with diseases such as multiple sclerosis, chronic pancreatitis, and coronary artery disease were included in the control group to make sure the algorithm was screening for cancer-specific RNA, and not RNA platelets generally encounter in inflammation or disease.

As it ran, the thromboSeq algorithm scanned the approximately 5,000 different RNA molecules found in platelets, continuously optimizing its panel of RNA genes, arriving at the few that indicate a cancerous tumor. Then, the researchers ran screening tests of the blood samples to see how accurately they could diagnose cancer.

The analysis was inspired by swarming behavior in nature. Birds, insects, and fish all swarm to optimize their numbers for a purpose — either in defense against predators or to search for food. “Birds continuously adjust their location in the swarm relative to each other, thereby increasing the flock’s coverage and, thus, the efficiency of the food-searching process,” Best says. “We applied this natural phenomenon to our algorithms, which make use of the complex RNA repertoire present in platelets.”

The thromboSeq test could diagnose early-stage cancer with 81% accuracy and late-stage cancer with 88% accuracy. In a validation control group matched for age, smoking status, and blood storage time, the algorithm yielded an accuracy up to 91%. Best believes the technology is robust enough to begin clinical trials.

“Although the tumor-educated platelets blood test does not, so far, provide perfect predictions, it may complement alternative liquid biopsy bio-sources such as cell-free DNA, extracellular vesicles, circulating proteins, and circulating tumor cells as well as imaging modalities such as CT scans,” Best says.

Best and colleagues plan to further optimize their algorithm with more samples and tests in people who are suspected to have lung cancer but are not yet diagnosed. “We also aim to further understand the biological mechanism responsible for platelet education in the presence of cancer,” he says. 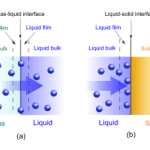