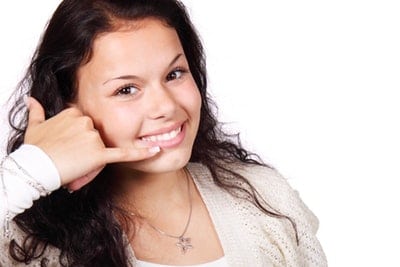 In general, the duration of the menstrual cycle varies between 22 and 34 days, 28 days the average duration. Brown spotting between periods is usually the result of residual blood flow after or before menstruation which is quite normal . However, there are some cases of vaginal bleeding between periods that point to a more serious underlying medical condition. These cases require immediate intervention. Depending on the amount and duration of flow brown, you can determine the need to go to the doctor.

The normal brown discharge between periods means that the menstrual blood has dried up to a certain degree and was caught up in the cervix during that period of time .Women man see the  brown spots just  before and just after their periods on their toilet tissue or underwear. Its not exactly an unusual occurrence, however, it can cause concern and alarm to some women. Here’s why sometimes a doctor should be consulted if a woman is concerned about spotting between periods.

Certain birth control methods may cause spotting between periods. Contraceptive injections or intrauterine contraceptive devices (IUDS) may cause slight bleeding. However, since the vaginal bleeding between your periods can also occur by medical conditions, such as polycystic ovary syndrome, endometriosis, uterine polyps, vaginal infections, malignant diseases, disorders of the reproductive organs, diabetes and thyroid, you should visit a doctor in case of intense and prolonged bleeding.

2. Vaginal warts. They are also known as genital warts and can be quite annoying, depending on its size and location. The brownish vaginal discharge and itching are common symptoms. They can also cause itching and vaginal bleeding after intercourse. Warts can vary from 1 mm to several centimeters in size. This is a highly contagious virus and contracted during sexual intercourse. Do not try to treat these warts on your own, seek medical attention.

3. Pelvic inflammatory disease (PID). The symptoms of a pelvic inflammatory disease (PID) can produce vaginal discharge, light brown in color. This is a serious medical condition that affects several reproductive organs within the female body. Could affect the uterus, ovaries, or fallopian tubes. Consult a doctor if you experience nausea, diarrhea, fever, chills, or any abnormal vaginal discharge or bleeding.

4. Spots of the perimenopause. Menopause can be set at any time in the life of a woman who moves toward the fifty years. The fundamental cause of the spotting is related to hormonal changes that you are experiencing the feminine body. The other accompanying symptoms include dryness of the vagina and decrease sexual appetite. However, if the stains in the perimenopause is accompanied by vaginal or abdominal pain, seek immediate medical attention.

5. Bleeding of ovulation. The spotting of ovulation, when it occurs, it is often only last for 1 or 2 days. If the woman is bleeding for a longer period of time, this may indicate a serious problem. It should not be overlooked as something simple. As long as there is heavy bleeding between periods, it is necessary to go to the doctor. Typically, during ovulation, some women only experience light bleeding or discomfort.

6. Sexually transmitted diseases (STDS) and yeasts, viruses, bacteria. The presence of yeasts, viruses, bacteria, and certain sexually transmitted diseases (STDS), could eventually cause vulvovaginitis. This is an infection of the vagina or vulva, quite frequent in women of all ages. The fungus candida albicans can also cause yeast infection and result in the vulvovaginitis, like bacterial vaginosis, if not treated in time.

7. Bacterial vaginosis (vulvovaginitis). This condition is commonly detected by the presence of a yellowish spotting or discharge with bad smell, with an abnormal consistency  and that can also be brown. It has a fishy odor that can be quite strong in the cases of a serious bacterial infection. Can be easily cured by following a good program of treatment.

8. Implantation bleeding. Another common cause of the brown spots is implantation bleeding. This type of light bleeding between periods is associated with pregnancy. It is usually produces a slight spotting a week before, wait for the onset of menstruation or a week after the ovulation process. If the woman feels feverish, dizzy or have increased discomfort, seek medical help quickly.

9. Severe mental stress, physical or emotional. Stress can also trigger vaginal spotting between periods. This type of bleeding between periods is usually mild and occurs 2-5 days before or after the beginning of your period. Different stressors can trigger the brain to alter the menstrual process. This in turn will lead to a discharge of brown in the first half of a cycle.

10. Cervical Cancer. A watery, bloody discharge continues, with brown color and odor may indicate cancer of the cervix. Any bleeding outside of menstruation or after menopause, should be reviewed by a gynecologist. 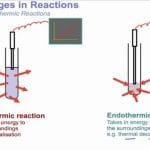