Cornell atmospheric scientists have developed the first-of-its-kind, high-resolution Caribbean drought atlas, with data going back to 1950. Concurrently, the researchers confirmed the region’s 2013-16 drought was the most severe in 66 years due to consistently higher temperatures – a hint that climate change is to blame.

Because of its topographic complexity, the new atlas delivers critical research data by providing a historical climate backdrop.

“This is especially important for the Caribbean, since many of its nations are some of the most vulnerable to severe drought,” said co-author Dimitris Herrera, a doctoral candidate who, with Toby Ault, professor of atmospheric science, report online June 30 in the American Meteorological Society’s Journal of Climate.

Since 1950, the Caribbean has been affected by notable droughts in 1974-77, 1997-98, 2009-10 and in 2013-16. For the 40 million people in the region, drought is the likeliest cause of severe food shortage and it is a key issue for Caribbean food security, according to the United Nations Food and Agricultural Organization.

By assembling the atlas – which features colorful, detailed maps over years and months – the scientists confirmed the acuteness of the 2013-16 Caribbean drought. “It was both more severe and more extensive than any other event in our dataset,” said Herrera.

The latest dry interval is related to El Niño-driven precipitation deficits and to temperature-related evapotranspiration. High temperatures made this the worst drought event in decades, according to the researchers.

“If you compare the recent drought in 2013-16 with another drought, like in 1974-77 for example, you notice that the latter was worse in terms of precipitation anomalies,” Herrera said. “However, from the perspective of temperature anomalies, where we think climate change is probably playing a role, the 2013-16 event was worse than in 1974-76. It’s already affecting the Caribbean. It’s driving the higher temperature anomalies and increasing the chance of drought, because it drives evapotranspiration.”

Herrera is from the Dominican Republic, where his father works in health care but maintains a small family farm in San Juan.

“The recent drought was very harsh for farmers in the Dominican Republic,” Herrera said. “Many of my father’s fellow farmers lost everything, and they needed to change work from farming. It was three years of low precipitation and high temperatures.”

Even if precipitation amounts stay the same, droughts will become worse as temperatures climb higher because it results in more transpiration, robbing the soil of water, explained Herrera.

Said Ault: “The 2013-2016 drought was really painful for agriculture and food security, and it is still being felt throughout much of the region. I hope this new atlas brings some attention to the Caribbean.”

The paper, “Insights From a New High-Resolution Drought Atlas for the Caribbean Spanning 1950 to 2016,” will be published in a forthcoming issue of Journal of Climate. The work was supported by the National Science Foundation and the Fulbright Scholar Program. 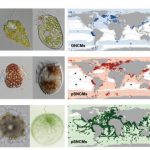