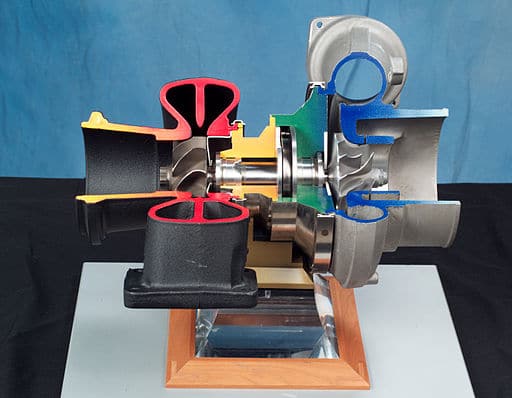 It is now common for manufacturers to resort to downsizing. Downsizing consists of making small engines but with equal or even better performances and consumptions than larger engines . That is why it is increasingly difficult to find an atmospheric gasoline engine and are born engines like the 1.0 Ford EcoBoost, which with 1.0 liters gives up to 125CV, with more torque and power than a comparable atmospheric 1.6, and most importantly, with Less consumption and emissions.

In order to resort to downsizing, it is also essential to resort to some form of supercharging , which compensates for the decrease in engine capacity, in order to be able to match performance. For this, the manufacturers usually put the sight in the turbos (or rather, turbocompressors) or in the compressors, the latter less usual. In essence, both mechanisms serve for the same, to put more air in the cylinders, but each of the solutions has some pros and cons.

The turbo is composed of a turbine attached to a compressor by a shaft (turbocharger). The exhaust gases move the turbine, which rotates in solidarity with the compressor. This movement causes the compressor to compress the air that gets into the cylinders. With this greater amount of air you get more torque and power, as well as an increase in proportional consumption since the fuel injection varies proportionally depending on the amount of air. In a diesel cycle engine we do not find that ratio, when running with excess air.

With a turbo we get an increase in performance, but with a lower consumption than if we were pursuing that increase based on displacement . We can have a gasoline engine of 2.4 liters and 160CV or a turbo engine of 1.6 liters of the same power. The second will consume less and probably have a higher torque in a wider utilization area, ie, it will have a flatter torque curve. This is clearly an advantage since it could also benefit from a lower registration tax (by consuming less it would emit less CO2) and an even lower annual road tax.

As an inconvenience turbo engines (not all) stand out for being less linear in power delivery . The higher the turbo the more inertia you will have and the longer it will take to charge. That is, since we accelerated until the engine actually delivers the power we requested, there is a delay. This delay is called “lag”. Circulates an urban legend that says that the Renault 5 Turbo the turbo entered the curves. Actually what happened was that it had a lot of lag and people seeing that when accelerating did not respond, accelerated, until the turbo began to work in conditions and the scare arrived (just as you were going to take the next curve). To reduce this effect, which at the same time is the so-called kick effect (all hit power) and which I particularly do not like,

With the turbos also have to have a minimal attention , which we talked about in ActualidadMotor, because a breakdown related to this will cost you at least 1000 euros, and I tell you that working in a workshop makes you see that it can be even much more.

It essentially serves the same thing as a turbo, but its operation is different. The turbo is driven by the exhaust, without this entails a loss of energy, it is more energy is harnessed. A compressor, on the other hand, needs the force of the engine , since it is attached to the crankshaft by means of a belt. The belt drive moves the compressor (there are different types) that blows air to more pressure in the cylinders.

As we see, the purpose of both is to introduce more air into the cylinders. The main advantage of the compressors is that by being physically attached to the engine by a belt, they work from low turns , improving the response and are also very progressive. Against high turns are not as effective and being driven by the engine generate drag losses that damage the consumption.

At present the Volkswagen group has a 1.4 TSI engine with double supercharging by turbocharger and compressor . We were able to prove it firsthand in the presentation of the Seat Ibiza Cupra and check the linearity in the delivery of power, as well as the benefits that are the result of intelligently joining the two forms of overcharging more recurring. 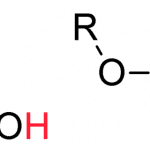 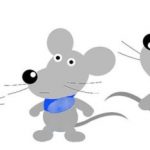