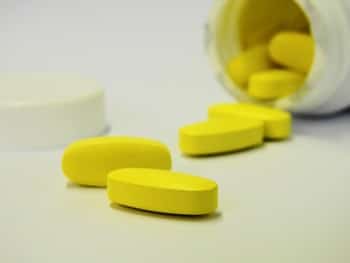 Vitamins are essential substances for life that we can not synthesize and that we have to ingest irremediably through the diet so they are essential nutrients . The exception is vitamin D, a substance that is not always essential in the diet, since we can synthesize it in the skin from cholesterol and the action of solar radiation.

Classifying vitamins is very complicated. They are chemically very different and each has multiple functions . There are antioxidant vitamins, such as vitamin E and vitamin C, others act as coenzymes and prosthetic groups or precursors of these, such as the group of B vitamins , and even some act as hormones, such as vitamin D that regulates mineral metabolism or Vitamin A that is involved in the regulation of cell growth and differentiation. Some can even display several functions at once.

The most commonly used classification criterion is the ability to solubility in water and fat , a very general characteristic that does not report on its activity but does give an idea about which vitamins can contain a certain type of food and general metabolic routes: factors that Influence their absorption, excretion pathways or patterns of storage and distribution in the body.

Based on this criterion, vitamins are classified into two major groups:

The group of water soluble vitamins is formed by vitamin C and the eight B vitamins . All of them are soluble in water and all act as enzymatic cofactors , either as coenzymes or as prosthetic groups , in addition to having other effects.

Being soluble in water, they will dissolve in the aqueous part of food. They are absorbed directly into the circulatory torrent in the enterocytes through various membrane mechanisms. The excess is excreted through the urine and does not accumulate in the body , except for vitamin B12 that is stored in liver stores, which is why they should be consumed more frequently and regularly than fat-soluble vitamins.

The vitamin C is ascorbic acid , particularly L – enantiomer, and is an essential substance for many types of organisms, but almost all the be synthesized, the human species can not. In solution it is in the form of ascorbate, a potent antioxidantthat acts as a substrate for the enzyme ascorbate-peroxidase . It also acts as a coenzyme of several vital enzymes that catalyze collagen hydroxylation, carnitine synthesis, norepinephrine synthesis, synthesis of various hormones, and tyrosine metabolism.

The B vitamins are a chemically diverse group, although all nitrogen in its molecule, involved in the regulation of cell metabolism :

Fat-soluble vitamins are present in foods that contain a relatively large fat fraction. They are absorbed in the small intestine through the chylomicrons together to the triglycerides, phospholipids, cholesterol and other fatty substances, so they need bile salts and are absorbed into the lymphatic circulation before passing into the blood. Vitamins are liposoluble vitamins A, D, E and K . All of these are stored in the liver and accumulate in adipose tissue .

Due to this accumulation, unlike water-soluble vitamins, an adequate intake is possible without necessarily consuming them daily and also makes it possible to reach toxic levels more easily (hypervitaminosis), especially if nutritional supplements and food are consumed Fortified. 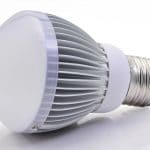 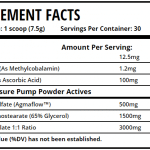