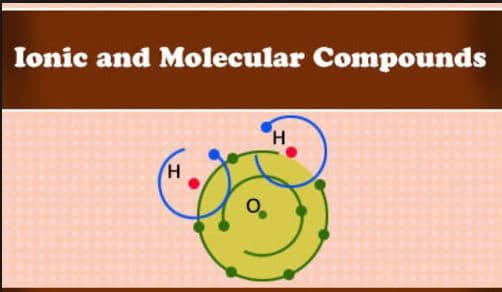 The bonds linking the different atoms that form a chemical compound can be ionic or covalent. In the covalent bonds, electrons are shared, while the ionic bond involves the transfer of electrons between atoms. Ionic bonds are usually formed between metals and non-metals (NaCl). Covalent bonds are frequent between non-metallic elements.

Molecular compounds, are formed by molecules, constituted by atoms attached by covalent bond. The molecules are represented by a chemical formula that indicates the types of atoms present and the proportion in which they participate.

H 2 O: molecule formed by hydrogen and oxygen in proportion 2 to 1.

CCl 4 : molecule formed by carbon and hydrogen in ratio 1 to 4

Ionic compounds, are formed by combining metals with nonmetals. Atoms of metal elements tend to lose electrons that gain atoms from nonmetallic elements. When a metal loses electrons forms a positive species called cation, those electrons are gained by the nonmetallic element forming a negative species called anion. Electrostatic forces attract cations and anions to form the ionic compound.

Sodium chloride (common salt) is formed by transfer of an electron from sodium to chlorine, forming the sodium cation and the chloride anion. Na + and Cl – are attracted to form a crystal whose unit formula is NaCl. We can not consider NaCl as a molecule since each sodium ion is surrounded by 6 chlorides and vice versa.

Main difference between ionic and molecular

Link Type
The ionic compounds are linked by ionic bonds, while the molecular compounds are covalently bonded. An ionic bond is formed between two oppositely charged ions by means of electrostatic attraction. By Coulomb’s law, the force of an electrostatic attraction is based on the proximity of atoms and the force of the electric charge. Because these charged ions are so close, the bond is extremely strong. The much weaker covalent bond is formed when the joined atoms share common electrons.

Elementary education
The elements in the periodic table are classified into four groups known as metals, nonmetals, metalloids and transition metals. Molecular compounds can only be formed with elements classified as non-metals; If any metal, transition metal or metalloid is involved in the bond, it must form an ionic bond and therefore an ionic compound. Because metals have a tendency to lose electrons, while molecular compounds have a tendency to gain electrons, it is generally required to have a metal and a nonmetal to form an ionic compound.

Electric conduction
Ionic compounds conduct electricity in a liquid state and dissolve in water, but not in a solid state. In contrast, molecular compounds do not conduct electricity under any of these conditions. The difference lies in the mobility of ions; A molten or dissolved ionic compound releases mobile ions that can move toward the negative and positive electrodes to collect and release electrons. Molecular compounds do not release these free ions and, therefore, no electron transfer occurs. 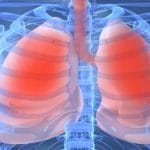