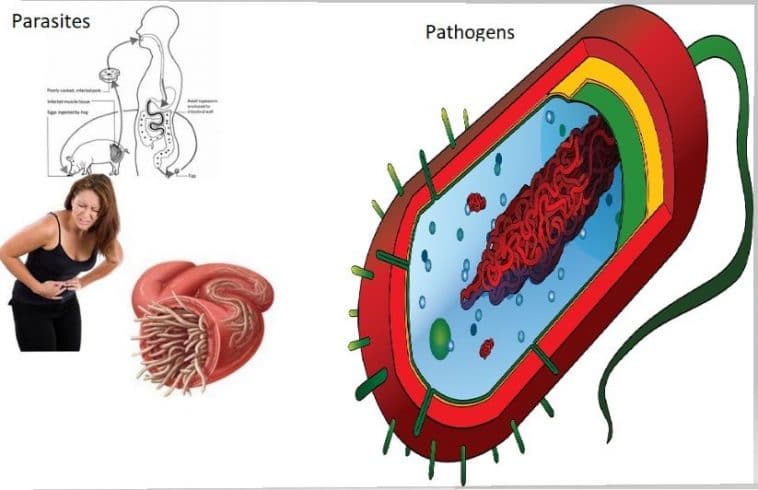 Bacteria are microscopic even the biggest bacteria is 10 micrometers long which is miniscule . Once bacteria find a way into the body they  release toxins that make us feel ill examples of bacterial infections are Cholera typhoid food poisoning and Gonorrhea.

Although bacteria is very small virus is much much smaller  they are among the smallest organisms we know . Of viruses not only enters your body but they enter into cells and reproduce inside cells they reproduce hundreds of thousands of times and eventually cause the host cell to explode the virus and passes out through the airwaves bloodstream or other it can spread through populations examples of viral infections all the flu influenza measles mumps the common cold and AIDS .

Some fungi are parasites but not most of them .Of the thousands of species of fungi a few can cause human diseases all the way up to minor conditions all the way up to life-threatening diseases some common fungal skin conditions are athlete’s foot and ringworm contagious they are Contagious from person to person through direct contact or less commonly through contact with common surfaces there are some opportunistic fungal diseases that can take advantage when the immune system is lowered for other reasons such as cancer or Aids.

Protist a single cell organisms some protist can contaminate food and clothes and cause amoebic dysentery which is an intestinal infection and results in severe diarrhea . Protist pathogens can also be parasitic they live in or on other organisms and cause harm but there is an example of a protist pathogen that lives in the blood and is transmitted by mosquitoes .

Parasites are any plant or animal that live on or in their host by getting nutrients from them . Host is any plant or animal that supports the host . Parasites survival depends on  the host so they do not always harm or kill them their host . Their survival also depends on transmitting from one host to another sometimes through an intermediate species our parasites elegantly achieve this by manipulating their host’s behavior sometimes through direct brain hijacking . Example  the gordian worm which is a parasite and one of its hosts is a Cricket .The gordian worm needs water to mate but the cricket prefers dry land so once it’s big enough to reproduce the worm produces proteins that garbled the Crickets navigational system . The confused Cricket jumps around erratically moves closer to water and eventually leaps in often drowning in the process .The worm then Riggles out mates and lay its egg , its eggs get eaten by little water insects that mature colonize land and in turn eaten by new crickets and thus the gordian worm lives on.

The rabies virus another mind-altering parasite this virus infects mammals often dogs and travels up the animal’s nerves to its brain where it causes inflammation that eventually kills the host but before it does it often increases its hosts aggressiveness and ramps up the production of rabies transmitting saliva while making it hard to swallow these factors make the host more likely to bite another animal and more likely to pass the virus on when it does .

Related post:Difference between fungus and bacteria

According to the scientific research and different studies it is said that, parasites are found everywhere in the environment and they can even be beneficial for their specific hosts. For example, some protozoan parasites species have a specific function for the digestion of the cellulose present in grass within the rumen of cow and present in wood within the guts of termite. In these special cases, these parasites cannot be called as pathogenic for these species, because they are not responsible for causing a disease in these organisms. 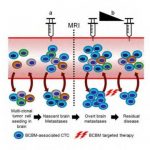