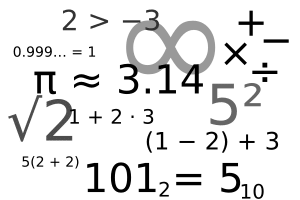 It is probable that before entering to define and compare the concepts of pure mathematics and applied mathematics it is pertinent to briefly recall the definition of mathematics in which various theoretical sources coincide.

In this sense, Mathematics can be understood as the discipline that focuses on the study and understanding of abstract entities , such as numbers, geometric figures and symbols, in order to identify, analyze, process and understand different properties, changes and relationships that can be established between them.

With regard to the origin of this branch of human knowledge, the History of Mathematics (See more in History of Mathematics ) argues that this could be born in the bosom of prehistoric civilization, as the man from the caves was seen . In the need to quantify and manage their resources, to take measures on the dimensions of structures or tools to be built, or to calculate the passage of time. In this way, the need to understand the world and mathematics may be closely related.

Over time, mathematics would also live the birth of the deductive method, which would give way to abstract mathematics, which conformed by theorems, definitions and axioms, would come to accompany the inductive method, which – Babylonians, and ancient Egyptians – raised the observation, in order to establish general rules, both of which were in the germs of what would be defined centuries later in the nineteenth century as pure mathematics and applied mathematics.

Difference between pure and applied mathematics

Therefore, before entering to define clearly the main difference between pure mathematics and those called applied mathematics, it is necessary to also remember the definitions of each of them , so that the theorization that has made the academy about them come to be profiling towards where each of them points. Here are the respective definitions:

According to different theoretical sources, pure mathematics can be conceived as the discipline that seeks the study of Mathematics in itself , that is, from an abstract point of view, in order to identify and understand the behavior of abstract entities ,and their relationships in themselves. Thus, it can be added that pure mathematics is designed to study itself, without the intention of understanding how the formal language and the abstract entities that make it can be applied to understand some phase or element of reality. However, there are academics who point out that, however much abstraction may be recorded in a pure mathematics study, it will sooner or later find a practical application.

In the opposite sense – so to speak – are applied mathematics, which can be understood as those mathematical disciplines, which put their formal language at the service of other sciences and subjects , in order to seek the unambiguous expression and resolution of problems Raised by them, according to their own objects of study. In this way, applied mathematics would not only promote the resolution of these problems, but also the conversion to verifiable facts of the different laws or phenomena observed by Science in Nature, thus promoting their understanding. In short, then, applied mathematics can be understood as a tool available to Science for the understanding of reality and the laws of nature.

Given each of its definitions, as to the principal difference between each of them, it can be said then that it is a question of approach, as well as its use , since while Pure Mathematics is dedicated mainly to procure one’s own knowledge Of this discipline, from a certain degree of abstraction, applied mathematics employ this knowledge to solve problems of real life, as well as to convert into verifiable facts the different scientific postulates about the realities and laws of their objects of study. Finally, it can be reiterated that they are not two mathematics, since both pure and applied respond to a unit, only differ in the approach each has, as well as in the purpose of their study. 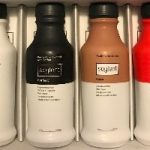 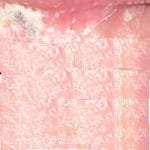