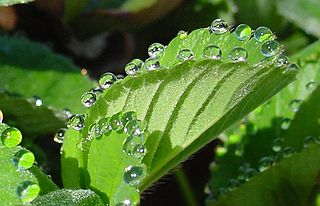 Leaf stomata, cork bark lenticels and the cuticle covering the epidermis of herbaceous plants represent the natural escape routes of transpired water (which also helps to avoid overheating of the leaf surface due to solar radiation ). Two of the processes to release this water are which we will be discussing.

Now we will go through both of these processes one by one.

Plants need water for living. Plants absorb water through roots from the soil. When they have excessive water, it can be dangerous for the plant. So the plant needs to remove extra water from the body. Through the transpiration process, the water is lost from the aerial parts of the plant. Transpiration needs sunlight and heat to occur. So mostly it occurs during the daytime. Transpiration gives cooling effect to the plants. Considering the place of transpiration, there are three types of it.

Guttation is the loss of water through the aerial parts of the plant in liquid form. In transpiration, the water is lost in water vapors form while in guttation it is lost in liquid form. Guttation mostly occurs at night. It occurs in herbaceous plants which grow in high humidity conditions. Guttation occurs where the moisture in soil is very high. Guttation is an altered process of losing water by plants. When the transpiration doesn’t occur or the transpiration rate is low, guttation helps the plant in losing the excessive water. The root pressure increases which makes the water drops leave the plant through special type of pores on leaves known as Hydathodes.

Main differences between Transpiration and Guttation:

Now we will enlist the key differences among these two processes.

Transpiration loses water in the form of vapors while Guttation loses in liquid form.

The water which is lost through transpiration is pure while the water through the guttation process contains impurities including organic and inorganic substances.

If there is excessive transpiration, it may cause wilting while guttation never causes wilting.

Under stressful conditions, the guttation may stop but the transpiration does not stop in any condition. 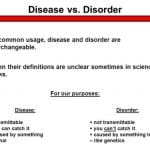 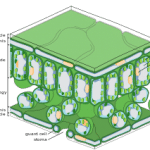