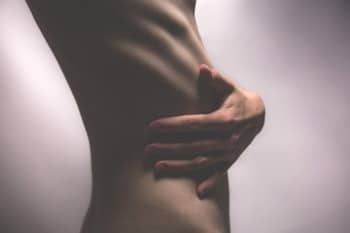 Normal discharge before your period

A small amount of the vaginal flow or the secretion is absolutely normal .All the women have a little the secretion before their cycle. Before the period the hormones change the composition of the vaginal microflora.This discharge is no more than the liquid produced by the neck of the womb known as the cervix and the glands inside the vagina. This liquid serves a very important purpose when it flows outside the vagina, removes the old and dead cells  from the vaginal wall , along with bacteria, thus avoiding the gynecological infections and keep it clean. The Normal vaginal flow is generally transparent or milky of white color and is elastic or something heavy. The normal vaginal flow does not have the scent and it is not accompanied by an odor. Nevertheless, the color and the thickness of the normal discharge can undergo some changes just before and during the menstrual cycle. In fact,many women undergo an increase in the discharge before their period.

Women may also notice spotting on their underwear a few days before their periods it is usually pink , brownish or light blood . The brown spotting or discharge before their menstruation generally indicates that its menstrual cycle is going to begin.

The vaginal discharge with blood, which occurs before menstrual bleeding,is usually normal, however if the bleeding begins 3-4 days prior to the session, can also mean there is something wrong in the uterus, such as polyps, endometriosis, endometrial hyperplasia and others.

– The spots or bleeding before the period often are also reported by women who use hormonal contraceptives as a intrauterine spiral, a vaginal ring or oral contraceptives. In addition, these symptoms are more typical in those which apply contraceptive mini dose. There is a thin line between a normal situation and a condition that requires correction. Normally, the pre-menstrual stains, conditioned by the hormonal contraception, can be repeated during the first  3 months, of its use. If after 3 months the symptoms reoccur, gynecologist usually recommends changing the contraceptive product that is currently being used. In the case of emergency contraceptive pills, are suggested as a substitute which have a higher estrogen content.

Abnormal vaginal discharges before your period

Since it has been mentioned already, the color of the normal vaginal secretion can be white or can be colorless or transparent. For some women, their discharge during the ovulation(when one of the ovaries releases an ovum)can be a little more thick than normal. But, generally,the women observe an increase of the flow is transparent and elastic, with the white occasional spots during this period. During the ovulation, the level of the estrogen increases in the body, that as well stimulates the glands of the cervix to secrete a clear and watery liquid. The thick and white unloading at the end of the cycle, as well as in the beginning of the cycle .

Nevertheless, if the white secretion accompanied by the itching, is a sign of fungal infection.Candida-like vaginal discharge, with the smell of sour milk, is a direct indicator of vulvovaginal candidiasis. It usually intensifies before the period and after sexual intercourse, causing itching and burning in the vulva.

On the other hand, the brown discharge can be a signal of several conditions. The vaginal discharge of brown color is characterized by hormonal disorders, polyps(A polyp is a group of the cells in the internal coating of the neck of the uterus or the vagina. The bleeding of these polyps can cause the secretion to become a brown color. Although they are like the tumors, 90% of the polyps are benign or noncancerous) endometriosis, endometrial hyperplasia, uterine fibroids and others. All these conditions require treatment in order to prevent problems with conception and fertility.

Pink flow, that looks like diluted blood, with unpleasant odor.

It can occur before or after the period, being a typical symptom of diseases such as chronic endometritis and chronic endocervicitis.

Yellow or greenish vaginal discharge. It may be sparse or abundant and usually reveals sexually transmitted infections or chronic diseases, affecting the uterus and its appendages (cervical erosion, chronic adnexitis, chronic salpingitis, etc.). This discharge usually has an unpleasant odor.

Trichomonas colpitis is a common culprit in this type of vaginal discharge. The secretions are watery and abundant, with an unpleasant smell. Accompanying symptoms include burning and itching around the vagina, occasional low abdominal pains, and sleep disorders. It is possible to feel pain when urinating in case the urinary tract has also become infected.

The vaginal discharge before the period should not cause any discomfort or unpleasant sensation, such as irritation in the vulvovaginal area. Any unpleasant smell is a sign of the spread of bacteria. Abnormal vaginal discharge should be reported to the doctor as soon as possible.Visiting your gynecologist ,diagnosing and treating the problem early will save you unwanted concerns and potential complications with your reproductive health in the future. 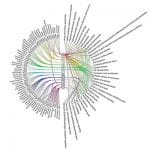