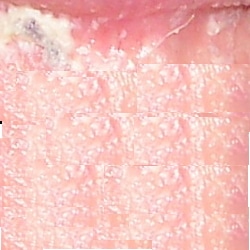 Smegma is a dense, whitish discharge that has a strong odor and appears in the male and female sexual organs , although it is more common in men. According to the European Academy of Dermatology and Venerology, the smegma is composed of:

In the penis can cause irritation and inflammation of the glans (causing balanitis) of the foreskin , or both at the same time. However, if the hygiene is poor or the area where the washing is to be carried out has a difficult access, the smegma may accumulate and cause problems in the health of the man.

This substance does not appear in all males. Its development is subject to hygiene habits , for example, if the man washes the area under the foreskin and removes exfoliated skin cells before they can bind to fat and dead skin, thus preventing the appearance of Smegma.

Why do not all men have trouble keeping the smegma at bay? The truth is that largely because of differences in the hygiene habits of this area. Thoroughly washing underneath the foreskin will serve to remove dead skin cells exfoliated before they can attach to sebaceous secretions and form visible smegma.

Men who have a problem  retracting the foreskin off their penis to see the glans: is what is know as phimosis. It is almost always a congenital condition, although phimosis can also be triggered by traumas, infections or tears.

Due to the difficulty to pull back the foreskin, in many cases of phimosis it is very complicated to keep up good hygiene by cleaning the penis. Which facilitates the accumulation of smegma. According to several scientific studies, men with phimosis are almost twice as likely to have smegma problems as those without problems of this type.

If washing the space under the foreskin is too complicated and complete removal of the smegma is not possible, you may need to undergo partial or total circumcision in order to avoid problems.

When the hygiene of the space below the foreskin is too difficult and if the smegma can not be removed, it would be highly advisable to undergo circumcision to avoid any discomfort or possible related diseases. I have read that the presence of smegma increases the risk of developing penile cancer. However, the experts have not been able to fully agree on this. In any case, prevention is better than cure.

Smegma is an antibacterial agent that also acts as a lubricant. However, if it accumulates it requires that the man follow a treatment to avoid further complicated disease.

The main treatment against smegma is based on good care of the hygiene of the penis. To do this, specialists advise to regularly clean the glans penis below the foreskin with warm water and soap to remove excess dead cells.

Smegma is a natural lubricant and antibacterial agent, but may accumulate excessively around the penis if hygiene is not maintained properly. Regular washing of the glans, under the foreskin, with neutral soap and warm water helps prevent and eliminate excess accumulation of dead cells and residual urine / semen that cause smegma when they accumulate at one point. This hygiene should be done daily, particularly in men who have a tendency to produce much smegma, in order to avoid their proliferation.

This healthy practice should be repeated every day, especially for men who have a tendency to accumulate smegma, as a preventive measure.

In some cases, antibiotics may have a regulatory effect on the sebaceous glands in the skin and may improve cases of smegma accumulation when the cause is not due to phimosis or hygiene problems. Sometimes it will be necessary to take antibiotics to control the sebaceous production of sebum glands (as is done in the case of aggressive acne outbreaks). You should always see your doctor to see if this treatment is appropriate for you.

Antibiotics in this case could cause side effects, such as poor immune system function or digestive problems. Before taking them, consult your doctor to prescribe the ones that suit you best.

The use of special creams for the penis can contribute to improve the balance of the sebaceous glands under the foreskin, but managing to keep the skin of the penis minimally moistened.

Many men experience dry skin on the penis, glans and foreskin due to the large amount of soap they have to use to remove the buildup of smegma. In this case, these creams can be a great help.

Creams rich in vitamin E, A, B3 and C may also help the skin in the area to regenerate normally and soften the area where the smegma is more severe and has hardened around the penis. 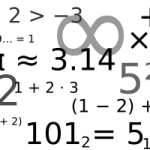 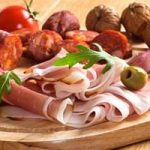