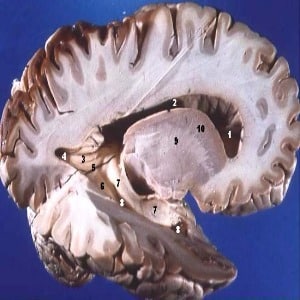 Almost all of us have heard about the gray matter of one person or another. In USA it is a concept that has been popularly  associated with intelligence , but in reality its role is much more important than that.

Gray matter can be found in the brain, yes , and in addition its existence has to do with the way mental processes related, among other things, to cognition and intelligence. But having more or less amount of gray matter does not imply being more or less intelligent. This is so because its function is more general and essential, and has to do with the basic functioning of the nervous system.

What is gray matter?

Gray matter, also called gray matter, comprises the areas of the central nervous system in which the sums of neurons predominate (that is, the part of the neuron in which its nucleus and its “body” are located) The ramifications).

The gray color of these areas contrasts with the white of the rest of the nervous system, which has that aspect because they predominate the axons of the neurons, that is, the extensions that arise from the sums and are covered by  myelin , white .

In qualitative terms, there are no relevant differences between the composition of white matter and that of gray matter: in both there are neuronal sums, dendrites and axons with myelin. However, there are significant differences in the quantities and proportions in which these elements are present in each of them .

So, technically gray matter is not a  part of the brain , but the material with which parts of the brain are built.

The distribution of the gray matter

The areas of the brain and spinal cord that are formed by gray matter do not form a homogeneous set, but are distributed and in some cases there is white matter between them. However, in most cases these areas are large enough that they can easily be distinguished with the naked eye.

In the marrow, gray matter is found in the central and lateral part (in any of its sections, regardless of the height to which it is), but in the brain is more distributed.

The cerebral cortex, for example, is composed of gray matter , but the same is true of the  basal ganglia , which are located below, with the deepest and most superficial part of the  cerebellum and with many other scattered areas, such as the  thalamus and the  hypothalamus .

The role of these areas

Unlike what white matter does, where myelin causes the nerve impulses to be transmitted rapidly by the axons, gray matter can not make the information flowing through it go so fast. The main function of these zones is not to make electricity pass by quickly , but has to do with the processing of information, whatever the type.

As the content of the information processed in the areas of gray matter is very diverse, the effects of a decrease or increase of this substance are also varied. That is why injuries in these areas depend on the type of structure they affect. However, no part of gray matter can work without the help of white matter, since they need to be connected to each other to function properly.

As for the gray matter of the spinal cord, it is responsible for acting as a directory of information , that is, where it is decided what information enters and leaves the nerves of the peripheral nervous system and what information should travel up or down  the spinal cord. In addition, there are some theories about memory according to which memories are stored chemically within the neuronal sums, much more abundant in this type of brain tissue.

Read more:What are the difference between grey matter and white matter

The presence of gray matter indicates that the part of the brain in which it is found receives information from many areas of white matter and that somehow function as clusters of information processing and in which the nerve impulses traveling through Axons meet with a relay that directs them to another destination.

This implies, among other things, that gray matter and white matter are needed to work as a unit not as two types of brain tissue differentiated by the concentration of the part of the neurons that predominate most in them (axons or sums), and these small nerve cells form an organic unit that cannot be separated without destroying it. 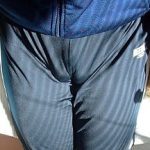