In Spain, the cerebrovascular diseases are the second leading cause of death
in women, the first, the first cause of permanent disability and the second of
dementia. There are about 120 new cases per 100,000 population per year, and more than half
of the patients end up incapacitated or die. In spite of its great
social impact, there is a therapeutic treatment for the majority of those affected.

Now, a multidisciplinary team with researchers from the Institute of Organic Chemistry
of Madrid (CSIC), the Hospital Ramón y Cajal in Madrid (IRYCIS), and of the Institute
of Biomedicine in Sevilla (IBIS), has identified the molecule quinolil nitrone RP19 as a powerful neuroprotective agent in experimental models in vitro and in vivo of
ischemia. The study, published in the journal ACS Chemical Neuroscience, confirms the
therapeutic potential of this molecule and opens up new and promising prospects
for the start of the pre-clinical studies to assess its potential use in the treatment of
stroke.

“Cerebrovascular disease or stroke include a set of disorders
as a result of a diminution of cerebral blood flow, or
bleeding in the brain processes that cause serious neurological sequelae. The decreased
blood flow induces a transient ischemic attack (detention process or a decrease in the
circulation of the blood through the arteries), temporarily or permanently,
which can affect only a part (focal ischemia) or to the entire brain (ischemia
),” explains Dr. Jose L. Marco-Contelles, who has participated in the study.
In the face of this pathology, medical care for patients affected suddenly by an
ischemic stroke must be urgent and specialized, and preferably within the
first 3 hours of onset of symptoms.

In spite of its great social impact, there is a suitable treatment for the majority of
those affected, reduced only to the reperfusion by mechanical means (tromboctomia) or
thrombolytic agents, such as the recombinant tissue plasminogen activator
(rtPA), but have important limitations, or a very
narrow therapeutic window. In the brain, the initial reperfusion after an ischemic event causes
additional stress for the production of reactive oxygenated species (ROS). It is for
this reason that the nitronas, by its chemical properties and its biological activity (as
atrapadoras de ROS, traditionally have been evaluated as therapeutic agents,
although without clinical success to date.

“In this multidisciplinary team we have designed, synthesized and evaluated in an
animal model of cerebral ischemia the quinolil nitrone RP19 as
appropriate and permeable agent that improves the pharmacological properties of citicoline, or other nitronas
how PBN or NXY-059. The NITRONE RP19 has been tested in three experimental models
of ischemic damage: in the oxygen-glucose deprivation in
primary neuronal cultures; in transient global ischemia, and in focal ischemia, depending on the model of the
transient occlusion of the middle cerebral artery. Of these experimental results,
we can conclude that the quinolil nitrone RP19 is a potent neuroprotective agent in
experimental ischemia induced in neurons, and in front of the ischemic damage by
transient ischemia induced in animal model, in an extension and capacity as had
not been seen before in other nitronas tested in similar models,” said
the doctor Marco-Contelles.

For all these reasons,” adds the researcher, we feel that the nitrone RP19 may be of
interest to the therapy of stroke, and that the therapeutic strategy for stroke based on
neuroprotection should be taken into account in the design of drugs for the
treatment of this pathology. 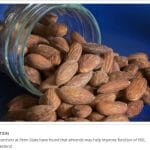