Licorice roots have a diverse and flavorful history, having been used in ancient Egyptian times as a tea and in traditional Chinese medicines, all the way to today as a flavoring agent and as an ingredient in some licorice candies. Some women now take licorice extracts as supplements to treat hot flashes and other menopausal symptoms. But scientists caution that the substance could pose a health risk by interacting with medications.

The researchers are presenting their results today at the 254th National Meeting & Exposition of the American Chemical Society (ACS).

“Concerns about the risk of stroke and breast cancer associated with conventional hormone therapy are prompting women to seek alternatives,” Richard B. van Breemen, Ph.D., says. “Some take botanical dietary supplements, such as licorice, to treat menopausal symptoms like hot flashes.”

But just because a substance is sold as a supplement in a health food store doesn’t mean it is completely safe for all people to take. And on its own, even as a candy, licorice can be harmful in some cases. The U.S. Food and Drug Administration recommends that licorice not be eaten in large amounts during one sitting, and warns that excessive consumption can lead to irregular heart rhythm and muscle fatigue.

“Consuming too much licorice can be harmful, but in our lab, we wondered whether the small amounts in dietary supplements might also cause problems by interfering with drug metabolism or transportation,” says van Breemen, who is at the University of Illinois at Chicago. “The liver has enzymes that process medications, and if these enzymes are induced or inhibited, the drugs will either be processed too quickly or too slowly, respectively.” He points out that these changes could pose a significant safety risk to those who take a daily licorice dietary supplement along with other medication.

Consumers would have a difficult time using this information, however, because most supplements don’t list the species on their labels. But the researchers are using this knowledge to develop their own licorice therapy that would be safe and effective for women experiencing menopausal symptoms, such as hot flashes. They plan to start clinical trials on their G. glabra-based supplements next year. 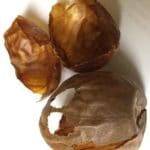