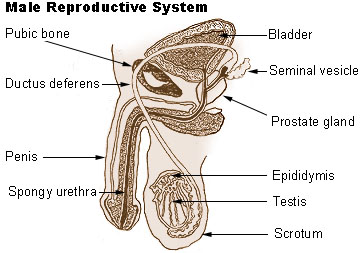 What is Penile Discharge in Men

Discharge is common in women because men usually do not have any discharge from genitals. Thus whenever they feel it, they start worrying about it while getting extremely paranoid and anxious. Many times they try to relate this issue with more serious diseases like cancer or HIV etc. But, before you get much serious, there are few things to discuss about male discharge. What are normal discharge in men .

What  are normal Penile Discharge?

You might be aware of the fact that the opening at the head of the penis is called the urethra . Urethra is a tube like structure that runs in the penis  it has two functions actually to carry urine from the male body as well as pre ejaculation fluid and semen.Pre ejaculation fluid usually exits the urethra when the penis becomes erect it is also called pre cum it is a clear fluid it flow through the urethra so as to clean and clear the way for semen . Another  normal fluid that exits the urethra is semen that occurs during ejaculation ,semen is whitish grey semi fluid  and the last one urine which can vary in color from clear to yellow. One more discharge you may find around your penis head is smegma unlike the previous fluids we talk about does it not exit through the urethra . It is a cheesy white material that grow under the penis foreskin .

Any other types of discharge from a man penis is unusual .

Penile discharges can follow a consistency with watery thick appearance and viscous. It can often be clear, bloody, yellow or white in color or may follow wide range of colours. Such discharges may also be accompanied by some odour or few times it is just odour less. The article below contains details about some of the abnormal discharges in male that demand immediate attention of doctors.

Symptoms of Trichomoniasis in Males:

Same as women, several men also face Chlamydia issues is caused by  bacterium Chlamydia trachomatis . It similar to  Trichomoniasis in that many cases it don’t show symptoms of infections.  Studies reveal that around 25% to 50% of Chlamydia cases usually stay unnoticed and later cause big troubles. If left untreated Chlamydia or repeated infection can cause blindness .

Symptoms of Chlamydia in Men:

Symptoms of Gonorrhoea in Men:

This is  a serious kind of issue and must be discussed with doctors as soon as you face symptoms. Acute prostatitis is a serious bacterial infection that’s causes prostate gland becomes suddenly inflamed . Generally, men start observing unpleasant odor in semen or urine; sometimes it could be in form of blood. There are several signs associated with acute prostatitis.

It is well recognised as inflammation in glans or at head of the penis just because of some kind of infection. Balanitis is often observed to be painful and uncomfortable but it should not be considered much serious issue. One can easily get rid of it with few simple medication routines.

Epididymitis is another infection that can cause abnormal discharge in men . This condition is used to describe the inflammation of the epididymis .  Epididymitis is a curved tube at the back of the testicles that connects the testicles to the vas deferens , this is the area of the male representative system where the sperms go and wait 2-3 months to become mature . The epididymis can become infected by bacteria due to a number of reasons this occurs when bacteria from the urethra backtracks and enters the epididymis . Some causes of Epididymitis are urinary infection even though this is rare, prostate infection , (75% of the cases are a also the result of) Chlamydia trachomatis , gonorrhea and other STI .