Testing for two gene mutations commonly associated with melanoma would be insufficient to determine whether a mole could turn cancerous, University of Queensland research has found.

“In Australia, about half of all melanomas develop from a naevus, but most moles will never progress to become a melanoma,” Dr Stark said.

“We are trying to determine what causes some naevi to change so that we can better predict or more accurately detect those which could become dangerous.

“This would help avoid unnecessary excisions of those lesions unlikely to pose a risk.”

Scientists from UQ’s Dermatology Research Centre analysed samples from participants in the Brisbane Naevus Morphology Study, and discovered all had one of two key mutations associated with melanoma.

“When either of these genes are mutated it activates the signalling pathway known as MAPK, which is commonly active in melanomas.

“Clearly our samples were not melanomas, so additional genomic events need to occur before a mole becomes malignant.”

Dr Stark said further research was underway to determine other genetic changes that could trigger the development of melanoma from naevi.

Studies have consistently shown the number of naevi a person has is the strongest predictor of risk for melanoma.

Dr Stark said people with a high number of moles, and other risk characteristics such as fair skin or light coloured hair or eyes, should continue to see their treating dermatologist or skin cancer physician for routine skin examination.

The research was published in the British Journal of Dermatology . 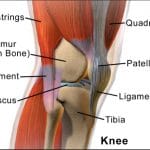