Positive parental teamwork is key to promoting healthy child development, but when mothers have stronger opinions than fathers about how to tend to their infants in the middle of the night, the coparenting relationship can suffer, says a group of researchers.

In a study, researchers asked mothers and fathers how they felt about responding to night wakings — for example, whether they should attend to their crying infant right away or let him or her self-soothe — and their perceptions about their coparenting. The researchers found that when mothers had stronger beliefs than the fathers, the mothers also reported feeling worse about their coparenting relationships.

Jonathan Reader, a doctoral candidate in the College of Health and Human Development and lead author on the paper, said the study was an important step in learning more about how parents can work together to promote child well-being.

“Setting limits about how to respond to night wakings is stressful, and if there are discrepancies in how mothers and fathers feel they should respond, that can reduce the quality of that coparenting relationship,” Reader said. “We found that for mothers in particular, they perceived coparenting as worse when they had stronger beliefs than the father.”

The study’s participants — 167 mothers and 155 fathers — answered questions about how they feel they should respond to night wakings, for example, “My child will feel abandoned if I don’t respond immediately to his/her cries at night,” when the baby was one, three, six, nine and 12 months old.

At the same time, participants also answered questions about coparenting, for example, “My partner and I have the same goals for our child,” and if they were experiencing depressive or anxiety symptoms.

“During the study, we saw that in general mothers were much more active at night with the baby than the fathers were,” Reader said. “So perhaps because the mothers were the more active ones during the night, if they’re not feeling supported in their decisions, then it creates more of a drift in the coparenting relationship.”

Reader said the findings, published recently in the Journal of Family Psychology, underscore the importance of early and frequent communication between parents.

“It’s important to have these conversations early and upfront, so when it’s 3 a.m. and the baby’s crying, both parents are on the same page about how they’re going to respond,” Reader said. “Constant communication is really important.”

“What we seem to be finding is that it’s not so much whether the babies are sleeping through the night, or how the parents decide to do bedtime, but more about how the parents are reacting and if they’re stressed,” Teti said. “That seems to be much more important than whether you cosleep or don’t cosleep, or whatever you choose to do. Whatever you decide, just make sure you and your partner are on the same page.”

Moving forward, Teti said the next step is more research into how best to develop and enhance the coparenting relationship, with attention paid to infant sleep.

“We want to learn more about how to put families in a position where they know that not every baby will be sleeping on their own by three months, and that’s ok,” Teti said. “Most kids learn how to go to sleep eventually. Parenting has a lot to do with it.” 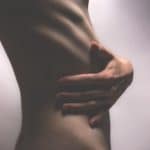