Scientists at the University of Glasgow have discovered a process to trigger the death of cancer cells that could be more effective than current methods.

But in apoptosis, therapies often fail to kill all cancer cells, leading to disease recurrence, and can also have unwanted side effects that may even promote cancer.

The scientists wanted to develop a way to improve therapy that induces cancer cell killing while also mitigating unwanted toxicity.

“Especially under conditions of partial therapeutic response, as our experiments mimic, our data suggests that triggering tumour-specific CICD, rather than apoptosis, may be a more effective way to treat cancer.”

Unlike apoptosis, which is a silent form of cell death, when cancer cells die through CICD, they alert the immune system through the release of inflammatory proteins.

The immune system can then attack the remaining tumour cells that evaded initial therapy-induced death.

The researchers used lab-grown colorectal cancer cells to show the advantage of killing cancer cells via CICD, however, these benefits may be applicable to a wide-range of cancer types.

He added: “In essence, this mechanism has the potential to dramatically improve the effectiveness of anti–cancer therapy and reduce unwanted toxicity. Taking into consideration our findings, we propose that engaging CICD as a means of anti-cancer therapy warrants further investigation.”

Dr Justine Alford, Cancer Research UK’s senior science information officer, said: “Although many cancer treatments work by triggering apoptosis, that method sometimes fails to finish the job and instead may lead to the tumour becoming harder to treat.

“This new research suggests there could be a better way to kill cancer cells which, as an added bonus, also activates the immune system. Now scientists need to investigate this idea further and, if further studies confirm it is effective, develop ways to trigger this particular route of cell death in humans.” 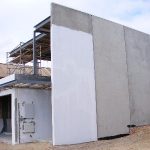