According to the report  figures in Spain 2017 Cancer  of the Spanish Society of Medical Oncology, malignant skin melanoma occupies the 7th position among the most prevalent tumors in the general population, and the 4th position among tumors affecting women. “In addition to genetic factors and lifestyles, cases of skin cancer can be avoided by minimizing sun exposure through recreational or work activities, as well as artificial sources of UV radiation,” explains the director of  the Clinical Nursing Research Group  and professor of Department of Nursing, University of Alicante, Mª Flores Vizcaya.

The Spanish Academy of Dermatology and Venereology at the presentation of the Campaign  Euromelanoma 2017  warned that the incidence of skin cancer is constantly increasing and already reaches the consideration of epidemic worldwide. That is why, from the University of Alicante, Vizcaya points out that “in Spain it is advisable to use a sunscreen product of factor 30 throughout the year, and 50 in summer. It should be remembered that the purpose of the photoprotector should never be to prolong the time of exposure to the sun “.

Especially during the summer, in addition to protecting with parasols, caps, t-shirts and homologated sunglasses, it is advisable to start sunbathing gradually and avoid peak hours. In the case of children under six months of age, they should always remain in the shade and in clothing that protects them from solar radiation. In this regard, WHO warns that solar UV rays are stronger between 10 am and 4 pm.

“Young people and children are particularly vulnerable sectors so always use a sunscreen, between 30 and 50, apply a generous amount 30 minutes before exposure, and repeat the application periodically after bathing or if you sweat a lot. Also, to avoid dehydration is essential to drink plenty of water, “insists the director of the Clinical Nursing Research Group.

“Despite the flow of information and awareness campaigns, most people do not adequately protect themselves from solar radiation. In fact, in high-exposure areas such as Alicante, protective cream should be applied throughout the year, “says Mª Flores Vizcaya. “It is important that we remember that the skin” has memory “, that is, that the damage caused by exposure to the sun is cumulative,” he warns.

In the case of burn, Vizcaya points out that “the best option is to apply a moisturizing lotion of quick absorption and not to return to take the sun until the skin, main protective barrier, recovers totally. If second-degree burns are associated with the appearance of blisters, the first step is to move to a primary care center and not try to exploit them. ”

Finally, the professor of the University of Alicante recalls that it is not advisable to apply vinegar or yogurt to skins reddened by the sun “since being acidic substances favor the desquamation of the skin”.

One of the first signs of alarm to detect this type of disease is a wound that does not heal or the appearance of new spots on the skin, hence it is important to raise awareness and inform society about self-explorations and clinical exploration by The primary care professionals.

Most melanomas are located in the skin and may have varied colors such as brown, black, blue, red or gray. “They are easily detectable early but, for this, it is important to identify and consult any mole or ulcer of new appearance and changes in existing, as well as changes in the color of the skin,” explains the professor of the Faculty of Sciences of Health of the UA. The ABCD criteria also help to identify a lesion as suspected of malignancy since it defines the 4 fundamental characteristics of melanoma: A, asymmetry; B, irregular edges; C, heterogeneity or equality of colors, and D, diameter to indicate lesions of a certain size, generally with a diameter greater than 6 millimeters “, details.

Aware that an early diagnosis is a guarantee of success, researchers from the Research Group of Bioinspiring Engineering and Computer Science for Health ( IBIS ) of the University of Alicante have developed a  system that helps in the recognition of melanoma through the characteristics Visual effects of an image of the lesion. This tool, already patented, can be used automatically to decide how urgently to refer a patient to the dermatologist. 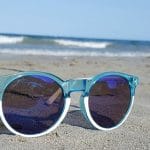