Microbial ecosystem of the digestive tract of mammals have an important role in the health of the individual and in the case of ruminants also determines productivity. An international team led by the Higher Council for Scientific Research (CSIC) has studied the process of microbial colonization in ruminants, particularly goats after birth according to whether parenting is natural, with the mother, or artificial, separating the young adults and providing a substitute for milk. The findings, published in the journal PLoS ONE, show clear differences from the first day of life in microbial colonization between the two breeding methods.

Modify the composition of the microbiome in adult individuals is difficult, because the ecosystem has been established and has been accepted by the immune system. “However, during a period that can range between two and three weeks after birth, can intervene in the process of colonization, creating effects that persist long term” says David Yáñez, CSIC researcher at the Experimental Station Zaidin in Granada.

For this work, scientists have monitored the process of microbial colonization of the digestive tract of ruminants studying samples collected at 3, 7, 14 and 28 days after birth. They have also analyzed the immune response. Both aspects have been assessed according to two breeding methods: natural and artificial, the latter is the that is used in most production systems of milk.

The study notes that there are variations between a natural breeding and artificial. In the first microbial colonization it is faster and has a more diverse microbial ecosystem, which results in a better digestive development. But if we look to the immune response, there are big differences between the two breeding systems. “We found that during those first two or three weeks can promote colonization of certain beneficial microorganisms without the animal reject and stay in their adult stage, which opens the possibility. 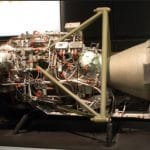