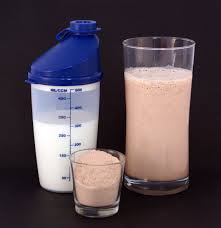 During the last years the diversity of BCAA’s supplements has arrived at the market in very diverse ratios, in this article we will try to decipher what is the best ratio.

At present we can find BCAA supplements in very different ratios from 2: 1: 1, 4: 1: 1, 8: 1: 1 and even the exotic 12: 1: 1. The reason for this change in trend is the multiple studies showing the benefits of L-Leucine. The 2: 1: 1 ratio has been popularly used, as this ratio is the closest to the BCAA ratios in animal protein . However in recent years L-Leucine has become the star of amino acids, and for this reason have been popularized supplements of BCAAs that increase the content in Leucine.

Why is L-Leucine the star of BCAA’s amino acids?

During the last few years, L-Leucine has become the most prestigious branched amino acid and today it can be considered as one of the most important and researched BCAAs. Among the various studies that have popularized L-Leucine, the following statements stand out:

As we have previously indicated, the most popular ratio on which all studies are based is 2: 1: 1 and in this proportion most BCAA amino acid supplements have been designed to date since it is the closest ratio to the relationships found in animal protein . However, with the interest of recent years in L-Leucine, many supplement companies have invested in supplements with 4: 1: 1, 8: 1: 1 and even 12: 1: 1 ratios. However, not all studies on L-Leucine are favorable, for example, the study of Professor Yoshiharu Shimomura and colleagues Exercise Promotes BCAA Catabolism: Effects of BCAA Supplementation on Skeletal Muscle during Exercise, notes that supplementation exclusively with L-Leucine could be toxic and cause imbalances in the body.

Although leucine is the most potent amino acid among BCAAs to stimulate protein synthesis, leucine supplementation alone can cause branched-chain amino acid imbalance through the activation effect of its keto-acid in the BCKDH complex

The controversy: the price of ingredients

Following our review of scientific literature and various opinions that influenced the new proportions to provide more benefits to supplement companies, we consulted the rates of the three amino acids in their form L- Ultra Pure on the website of Affymetrix (formerly USB Coorporation) , which offers products for use in biomolecular research.

According to the prices of Affymetrix, the production of a supplement of BCAA (Leucine, Valine, Isoleucine) is made more expensive than Valine and Isoleucine added to the BCAA formula.

Table of prices of the three BCAA in USB Coorporation.

Economic benefits according to ratios as compared to 2: 1: 1

Table with the supposed benefits to commercialize the BCAA at the same price.

So far there is no study that shows that the consumption of BCAAs in ratios other than 2: 1: 1 is better. Nor has science been made in other proportions.

2. L-Leucine alone, without more BCAA or amino acids can cause imbalances

There is no doubt that L-Leucine could be considered the most essential amino acid , since it is widely studied and brings great benefits. The recommendation to consume L-Leucine is established between 3g-4g daily or (50 mg / body weight). On the other hand there is research suggesting that L-Leucine alone can cause imbalances. In addition, for optimal muscle development there must be a full spectrum of amino acids that act as blocks for muscle growth. With L-Leucine, without Iso-Leucine and without L-Valine there will be nothing to build.

The ratio 2: 1: 1 (Leucine, Valine, Isoleucine) has always worked, because this proportion is usually found in nature in the muscle tissues of animals. So if the ratio 2: 1: 1 is the most studied and the one with the highest proportion in nature, why consume different proportions with which we are most naturally constructed? 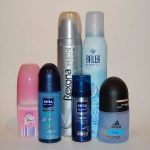