In physics, radiation refers to the emission or transmission of energy through a medium in the form of electromagnetic waves or associated with particles. In principle, all forms of energy can be transmitted by radiation and in this definition could include phenomena such as:

An ion is defined as an atom or molecule that is not electrically neutral. Generally, ions can be understood as a substance that loses or gains electrons compared to a neutral starting state .

Thus, ionization generally encompasses any process that generates the loss or gain of electrons in a substance and, therefore, the formation of ions. When a radiation is sufficiently energetic and interacts with atoms and molecules it can trigger this process by being able to dislodge electrons from the irradiated matter.

The non-ionizing radiation would not be able to generate the ionization process although they can equally transmit energy to the irradiated matter . For example, they can excite molecules and increase their temperature; infrared and microwaves produce this effect and are the basis of appliances such as ovens, stoves and microwave ovens.

In nature, all living things are exposed to low amounts of ionizing radiation continuously . Most of this radiation comes from rocks and geological formations containing radioactive isotopes of radio, plutonium and other elements. Solar radiation itself also contains ionizing radiation, mainly ultraviolet radiation, although the most harmful fraction is absorbed by the ozone layer .

Ionizing radiation on organic matter is dangerous to living organisms, including of course the human body, low environmental levels but do not appear to be a problem, is more, according to the hypothesis Hormesis could even be beneficial 2 .

However, ionizing radiation from certain levels produces molecular damage that can lead to very serious health problems, such as DNA damage, cancer, and reproductive defects ranging from miscarriages to birth defects and diseases.

Highly energetic non-ionizing radiation can also be harmful to life but generally through different mechanisms and at much higher levels of exposure; for example, a strong acoustic wave, such as those produced in explosions, can seriously damage a living being, even kill it, although it does not produce ionization of matter. Similarly, certain types of short wavelength non-ionizing radiation can cause severe burns.

Workers in certain professional sectors are frequently exposed to high levels of ionizing radiation and extreme caution should be exercised. Among them are the professionals of nuclear power stations, research and health professionals working in X-ray units, radiotherapy and radiodiagnosis.

Astronauts are those who are exposed to a greater amount of ionizing radiation through the cosmic rays ; the cosmic rays are diverted thanks to the electromagnetic field of the planet Earth and they do not reach the terrestrial surface but in the outer space they must protect the ships, stations and space suits.

The radioactive elements are isotopes whose nucleus is unstable and emit various forms of ionizing radiation losing energy until the element reaches a stable state. They may emit electromagnetic radiation, such as X-rays and gamma rays, but also corpuscular radiation, such as alpha, beta particles, helium nuclei, neutrons or positrons.

Radioactivity is used in nuclear power plants to obtain electricity, although that same radioactivity is at the same time the main problem of failures in these factories of electricity. The escape of ionizing radiation into the environment can pose a serious environmental problem and the human health of the area.

Radioactivity is also used for therapeutic purposes . For example, x-rays take advantage of the ability of x-rays to traverse the human body to obtain visual representations of structures within the body. It is also used in other fields of medicine, such as radiotherapy and radiodiagnosis . Obviously, these applications are carried out under strict medical supervision and safety measures to avoid damage to the health personnel and minimize the harmful effects on the patient. 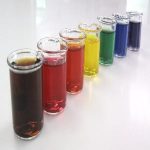 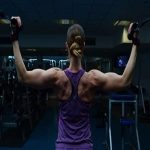