Despite the different levels of severity and complication that each presents for human health, both the disease known as pemphigoid blistering, and that called pemphigus, require intensive and timely care in order to achieve a successful healing.

In both cases they are autoimmune diseases, that is, they constitute attacks of the own organism against the superficial structures of the epidermal cells that propitiate the contact between the cells and the texture of the tissue.

In particular, the condition known as pemphigoid blistering is a very common cutaneous blistering condition in the elderly. It is characterized by the appearance of multiple hard and tense blisters all over the body that turn a reddish color and can cause intense pruritus or irritation of the skin.

There are two extra forms of pemphigoid: one appears in women during the first months of pregnancy, is known as herpes gestationis and disappears after childbirth; and another variant called the scarring pemphigoid, in which a smaller number of blisters appear, likely to disappear quickly with treatment although they tend to leave a scar, as its name indicates.

In general, lesions in the pemphigoid blister begin to disappear within a few hours – between 24 and 48 – after corticosteroids are given. Doctors say that the best medicine to treat the disease is prednisone.

On the contrary, pemphigus is a much more aggressive condition for the body and health. It causes numerous blisters, soft and filled with fluid, in different mucous membranes, from the mouth to the vagina and the patient’s penis. A simple friction leaves the hives raw, which favors the proliferation of infections.

Although pemphigus can be a deadly disease for those who do not go to the doctor immediately, the truth is that with a treatment in time can stop the disease and fatal consequences. Also in this case corticosteroids play a key role together with other drugs that inhibit the immune system such as cyclophosphamide and azathioprine.

The blistered areas of the body, together with those that remain raw, must be treated meticulously with care to avoid infection, which is very useful and necessary the use of antibiotics, as well as other remedies such as impregnated bandages curative and preventive medicines. 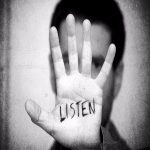