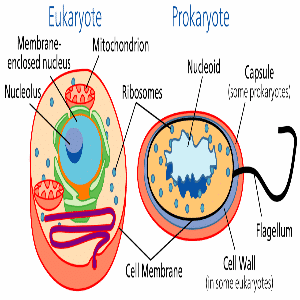 Living organisms are divided into two groups based on the fundamental structure of their cells. Although usually speaking the difference between animal and plant cell ; that is if cells are also classified as prokaryotes and eukaryotes.

Here we tell you the differences between Eukaryotic Cells and Prokaryotes .

It is derived from the Greek word “œeukaryote”. This cell is constituted to the living beings of all the kingdoms. In addition to having a delimited core. In this case the process of cell division occurs in two ways:

The DNA is contained in the nucleus of these cells and is structured and organized in chromosomes, in this way all animals are constituted by eukaryotic cells; including humans.

The word procariota is derived from the Greek “prokaryota”. They are all those that lack a cell nucleus, mitochondria or other organelles  . This means that genetic material as well as DNA is known. It is dispersed in the cytoplasm.

Usually most of the organisms constituted by this type of cell have only one of these and are called unicellular organisms,except for some cases such as myxobacteria , some of which have multicellular stages in their life cycle.   Compartmentalization is also common in the prokaryotic world in the form of compartments bounded by proteins and other delimited by lipids. They are microorganisms that possess a single chromosome called nucleoid , its reproduction are asexual by binary fission other cases they create large colonies, as in cyanobacteria .

Living things, which are made up of prokaryotic cells, are divided into two groups:

In short we tell you the differences between cell eukaryote and prokaryote .

Here is a table with some additional differences 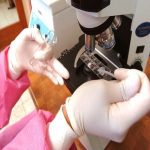