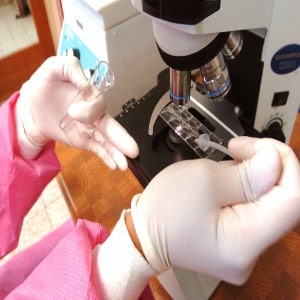 What is an inflammation ?

An inflammation (from the Latin: inflammatio = fire) is a reaction of the body to an infection or injury of tissues of another nature. The inflammation can also start from the innate immune system that can attack the body itself. This type of inflammation differs from that acquired in that the body needs to contact the harmful aggressor.

What is an infection ?

An infection is the invasion of body tissues by microscopic organisms , such as bacteria , viruses or fungi , for example, or larger dimensions and more complex constitution, such as mites , fleas, lice , etc. Usually, numerous infectious agents live in an individual’s body without causing disease because they are contained by the person’s immune system . However, if this balance is undone, an infectious disease will follow. The host’s immune system reacts but is not always able to beat infectious agents without the help of vaccinesand medications. There are even some infectious agents that play useful role for humans, such as some bacteria of the intestinal flora, for example.

What is the pathophysiology of inflammation ?

Inflammatory agents attack tissues and cause phenomena of dilatation and changes in capillary permeability , with extravasation of intravascular fluid out of vessels. As a result, it is formed of a reddish halo around the lesion , a local volume increase ( edema ) and temperature. Pain is caused by the stimulation of nerve endings by the substances released during the inflammatory process and edema- related compressions .

What is the pathophysiology of the infection ?

As infections always lead to an inflammatory reaction, part of their pathophysiology is the same as inflammation . In an infection , however, the organism is invaded by infectious agents that cause its own phenomena. Many of those agents reach only man, but there are those who infect virtually every mammal. Infectious agents cause damage to cells affected by various mechanisms: competitive metabolism , toxin proliferation , duplication of genetic material, and how antigens will trigger antibody formation .

Defense cells (lymphocytes, neutrophils and macrophages , among others) start to accumulate in the focus of the lesion and to phagocytose the elements that are the origin of the inflammation . The fight between the invading microorganisms and the defense cells gives rise to the appearance of pus , which can lead to the formation of abscesses and a suppuration process . A leukocyte diabetes occurs (passage of the leukocytes from the inside of the vessels into the tissues) and other defense cells so that they can better combat the inflammatory agents. In theleukocytes destroy the damaged tissue and send signals to the macrophages that ingest and digest the antigensand dead tissue . In some diseases this process can present a destructive, necrotic character. The platelets and system clotting of the blood are activated and may thus contain possible bleeding. In general, the infection is restricted to a single site in the body, but can spread through the lymphatic or vascular system , causing septicemia .

What are the typical signs and symptoms of an inflammation ?

In an inflammatory process the affected region becomes reddish, enlarged and warm, which explains its name. Local pain is common. This all happens because of the increase of blood flow and other body fluids that go to the place. A set of five signs and symptoms are classically taken as typical of inflammation :

What are the typical signs and symptoms of an infection ?

Because infections can occur in any organ or body follow-up, the symptoms that result from them are extremely variable. A fever is a symptom present in virtually all infection , something almost coming to be synonymous with the other. However, there are infections that occur without fever and this is an unfavorable sign because it indicates little or no organic reaction capacity. After all, the fever results from the struggle of the organic defenses against the infectious agents and gives a dimension of this fight. There are also diseases that, from the beginning, occur with ahigh fever and others in whichfever is moderate or low, depending on the nature of the infectious agent, and this is asign that the doctor uses to establish his diagnostic hypotheses. Thus, tuberculosis , for example, usually occurs witha low fever and bacterial tonsillitis with a high fever .

What are the possible complications of an inflammation ?

The inflammation in themselves rarely cause complications, but they can exercise compressions on nearby structures, leading to consequences.

What are the possible complications of an infection ?

One of the possible complications of infections is bacterial resistance to antibiotics, which is due to the fact that bacteria “become accustomed” to antibiotics which then cease to effect, leaving pathogenic bacteria free to multiply. When resistant bacteria cause an infection , the commonly used antibiotics will not work, and it will be necessary to use increasingly toxic antibiotics. Another possible complication of infections is the possibility of abscess formation . When abscesses are external, drainageof them represents a favorable evolution of the case and often they are drained artificially. However, if they are internal and drain into the tissues or cavities, they can cause serious problems.

What are the differences between inflammation and infection ? 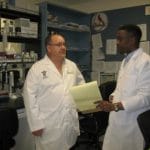