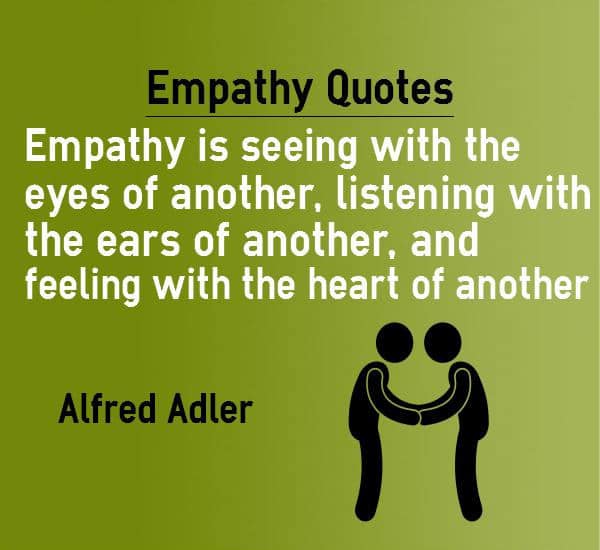 When the Civil War of the North ended in America, many veterans maintained feelings of hatred towards the South and wanted to achieve a punitive peace. Abraham Lincoln tried to serve the whole nation “without punishment for anyone, with charity for all . ” How did he avoid the spirit of defense so widespread among veterans? Part of the answer is in the statement he made to a friend: “I have not suffered from the South. I have suffered with the South. Your pain has been my pain. Their losses have been mine . ” He was empathic .

To be empathic is to be able to understand the other almost as much as ourselves. The empathic person is able to “put himself in the skin of the other” and see the world through the eyes of the other. Listen to the other with impartiality, without prejudice. Listen to what he says, understanding the importance he has for him.

To better understand empathy, we can situate it in a continuum whose extremes are apathy and sympathy.

The dictionary defines Apathy as the absence of feeling or of interest. When I am apathetic, I show disinterest, I send a nonverbal message that means approximately:

“You on your way and I on mine. I do not want you any harm, but I’m not going to help you either. I have no intention of understanding your problems or rejoicing in your joys. Do your duty and leave me alone. “

Apathy when given in an important relationship can be very destructive.

EMPATHY is to reach the deepest of the other, always keeping a certain distance. Empathy is defined as “Feeling with.”

Empathy implies an ability to experience the other’s feelings without losing one’s identity and showing a reaction to one’s needs without affecting oneself. The empathic person understands the pain of the other but does not let himself be affected. He is sensitive to the other’s helplessness, anger, fear or love as if it were his own feelings, but without losing sight of the “as if.” When a person loses his ability to separate his own feelings from those of the other person, he ceases to be empathic.

It is difficult to describe empathy because it is apparently composed of opposing and contradictory effects: it is the identification with the other only to some extent, because when this identification becomes excessive, it ceases to be empathy.

SYMPATHY is at the other end. It is defined as “Feel for”. Sympathy is an exaggerated experience of the emotion of the other. It can help decrease the ability to “help” just when it is most needed:

“I have seen friendly people affected in such a way by the misfortunes of others after a funeral, that they had to be attended by the same relatives of the deceased”.

Although not always in extreme situations, sympathy is often condescending. Often it seems that it maintains an attitude somewhat similar to: “Oh! Poor of you!”. This weakens the person precisely at the moment when he needs to stay strong.

Sympathy can make us fall into sentimentality. Sentiment is to experience the feeling of one’s own emotions. In this regard, Tolstoy described the rich Russian aristocrats who wept watching the dramatic performances in the theater and forgot what their driver might feel that he was waiting to endure the cold glacier.

Constant and maintained sympathy can be more pernicious than apathy.

Condescending piety and sentimentality are harmful to the sympathetic person, to the goal of sympathy, and also to the person to whom it is directed.

However, sympathy can rarely be expressed without some degree of empathy. The simultaneous manifestation of sympathy and empathy can be partially constructive. 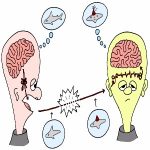