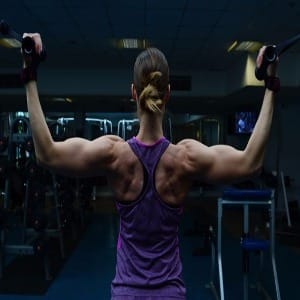 Stress hormones put you in a catabolic state that degrades your muscle. We will explain here how to avoid cellular catabolism with some dietary supplements.

Here’s the xx of the question: You can not avoid muscle catabolism if you train intensively with weights. Their exercises cause muscle breakdown, leading to a catabolic state. Catabolism is also caused by virtually any kind of stress we face. This includes illness, lack of sleep, overwork, personal problems, digestive process and aging. While you may or may not be able to control the amount of stress these situations cause, you can reduce the severity and amount of time your body is in the catabolic state. The key is to attack catabolism before, during and after its onset, and you can do this in a variety of ways, including feeding, supplementation, and proper rest.

Here is a list of dietary supplements to help reduce the impact of muscle catabolism on your ability to train and gain mass efficiently.

While whey protein is a fast-digesting protein known for its ability to stimulate protein synthesis, casein is known for its extremely slow digestion rate. This is due to the fact that it forms a gel in the stomach that leads to a smaller surface area, so it causes your digestive enzymes to spend more time breaking the protein. While this slow pace was considered less than optimal as a source of muscle building protein, we now know that it gives casein the ability to deliver its amino acids to muscles at a slow, steady pace for many hours – up to seven hours.

This regular supply of amino acids helps prevent your body from breaking down muscle protein because of the continual release of amino acids into your bloodstream. Research has shown that adding casein protein to a post-workout shake of whey protein leads to more significant muscle gains than a whey protein shake without casein.

BCAAs include three amino acids: leucine, isoleucine and valine. Although leucine appears to be the most critical of the three, BCAAs work in a better set, especially when it comes to stopping muscle catabolism. A 2006 study presented at the annual meeting of the International Society of Sports Nutrition found that cyclists who consumed BCAAs during a period of a 24-hour pedaling event had a 45% reduction in cortisol levels when compared to those in the control group . This abrupt effect on cortisol is critical because cortisol is a catabolic hormone that encourages muscle breakdown by interfering with the anabolic hormone, testosterone.

Phosphatidylserine is a specialized lipid that is found in membranes and in nerve tissue to mainly maintain structures and maintain functioning at peak levels. Scientists at the University of Naples (Italy) have found that supplementation with phosphatidylserine can reduce cortisol levels sharply, particularly after exercise when those levels rise . One of the studies, published in the European Journal of Clinical Pharmacology, reported that eating 800 mg of phosphatidylserine daily for 10 days significantly altered cortisol levels after intense exercise.

HMB (Beta-hydroxy-beta-methylbutyrate): Compromises the stress of the overtraining

Some supplements get a bad reputation because of poor information about their effectiveness. Initial research shows that HMB has proven to be very effective, but subsequent research has argued that it was less effective for weightlifters. This only proves to be the case when weightlifters do not take a large enough dose of HMB and / or train in excess. This is a common problem with how they study research: often they do not provide enough supplementation and / or do not include exercises that are intense enough to produce a supplemental effect like HMB. The truth is that if you take the correct dosage and train at the right intensity, HMB helps prevent muscle catabolism.

Magnolia bark (Magnolia officinalis) has been used for centuries in traditional Chinese medicine to increase energy and reduce stress. These effects are due to their ability to significantly suppress the release of cortisol. Researchers have found that the active ingredients of the bark of magnolia, which work in the body to reduce cortisol levels, are called magnolol and honokiol.

HMCs have the ability to move quickly through the stomach into the intestines, where they can be absorbed and enter the bloodstream. This is important after exercise because, according to research, post-workout carbohydrate intake sharply increases cortisol levels, preventing muscle breakdown and stimulating muscle growth. Since cortisol levels start to rise rapidly during the end of the workout, you want the carbohydrate to enter your bloodstream fast to begin stopping the cortisol increase. Swedish studies show that HMCs pass through the stomach at levels almost 100% faster than isotonic ones. One waxy corn product you may have heard of is Vitargo. It is available as pure HMC or mixed with creatine.

Bodybuilders want their muscles to grow, and they know what they need to be in a state of anabolic growth to speed up the process. What sometimes gets lost between the lines is that the superior growth of muscles happens when going through the natural catabolic state as fast as possible. Often, people who train intensively to maintain mass gain do not consider the best ways to do this.

While you may be in a state of muscle catabolism for many reasons, young athletes typically find themselves in this state after intense workouts. The following supplement recommendations can help reduce the intensity and duration of muscle catabolism, allowing you to return to the desired anabolic state, where you will be able to build muscle tissue. Feel free to choose one of these recommendations to achieve your goal. 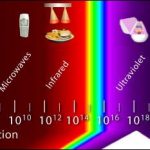 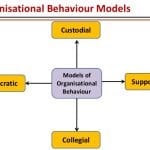