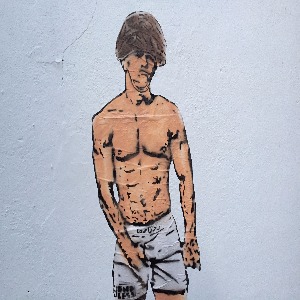 I have always been a person who paid a close attention to my overall body hygiene especially my gential area . I would always wash my penis foreskin repeatedly and carefully because I am not circumcised and I do whatever it takes not to have smelly balls. So I was taken by surprise recently when I started to smell a fishy odor coming from my penis . I first noticed this smell after have sex , when I went to take a bath my semen smelt fish , the next morning I went to urinate and my urine smelled fishy. To make a long story short after doing some elimination and research I realised it was caused by the Salmon I was eating daily because I want to increase my Omega 3 intake . Once I stop eating the fish the smell went away . You see Salmon is a good source of vitamin B-6 and this vitamin can affect the colour and smell of your urine. After doing some research I have come up with a list of things that can cause fishy smelling  penis .

The food we eat  influences the body odor. A diet too rich in meat , fish and dairy can cause bad penis odor, On the other hand, if you do not drink enough water, your body will not be able to release the toxins, so they will be secreted through sweat, which causes bad odor in the genital area.

Hygiene and skin infections among the most common causes of penile fishy odor is lack of hygiene and skin infections. The smell of fish, due to the existence of bacteria on the skin, occurs in men who do not have circumcision, because when their skin cells dies under the foreskin it accumulate below the skin and added with the moisture of  sweat, remains of urine and the closed environment of the balano-preputial area, becomes a feeding area for bacteria. When the bacteria feed and release toxins our penis gets a fishy smell. To avoid bad odors, it is important to perform hygiene throughout the genital area during the bath. The skin of the foreskin should be retracted for complete exposure of the glans and the cleaning must be done with running water .

Smegma a whitish or yellowish secretion called smegma (read how to get rid of smegma) causes a strong and unpleasant sometimes fishy  odor , smegma has a similar look to that of cheese. Smegma , in addition to odor, causes irritation and inflammation of the glans (balanitis), the prepuce (posthitis) or both, for lack of hygiene. Proper washing and drying of the genitals easily removes smegma.

Fungal infections, besides itching and burning they produce bad smell. The warmth and moisture that is created under the skin of the foreskin is the ideal environment for the proliferation of fungi. They often appear as a result of poor hygiene or when this area is not properly dried. Fungi are more common in uncircumcised men and often cause redness and swelling of the glans and foreskin, a condition called balanitis .
Occasionally, the man experiences pain when urinating when the infection affects the urinary meatus, an opening located at the tip of the penis .

Contact with a sexual partner who suffers from vaginosis bacterial, fungal or fungal infection also causes bad smell in the male genitalia. In fact, the fishy odor of the female vagina comes from infection by bacteria or fungi and these microorganisms are transmitted to the penis during sexual intercourse. For this reason, if the woman has vaginal secretions she should consult a doctor for both to receive treatment. Another possible cause is trichomoniasis , a very common sexually transmitted disease caused by the parasite Trichomonas vaginalis . The symptoms are very variable and many people are unaware that they are infected by this parasite.

Sexually Transmitted Diseases
STDs such as gonorrhea, for example, can generate yellowish penis and strong odor. It is common that there are other symptoms associated, such as discomfort when urinating or ejaculate and pain in the testicles.

Urine infection
The bad smell can also be caused by an infection in the urinary system, not necessarily in the penis and testicles. In these cases, urine tends to smell stronger and symptoms such as burning when urinating and urge to urinate are also noticed.

Urinary tract infection may also be related to urethritis, the inflammation of infectious origin of the urethra that can cause leaky secretion.

How to stop your penis from smelling fishy ?

Wash the area gently with warm water during the bath or shower. However, the use of soap is not advised because they modify the pH of this area and favors the appearance of bacterial or fungal infections.  It is important to thoroughly dry the penis and the surroundings and, if possible, let the skin “breathe” for a few minutes before putting on the clothes.

If you wish you can apply a natural moisturizer with vitamins A, C and D and L-arginine so that the skin of the penis maintains its sensitivity and elasticity. To make you more comfortable and with more pleasant smells, use cotton underwear and eat yogurt every day, if you are prone to infections.

Many men have excess skin on the genital (the so-called foreskin), so their retraction may be difficult, especially when the foreskin does not have sufficient elasticity for complete exposure of the glans (phimosis). In these cases, adequate hygiene will be impossible, and the chances of setting up inflammatory and infectious diseases are greatly increased, requiring the completion of the postectomy (the surgery in which excess foreskin is removed for phimosis treatment). 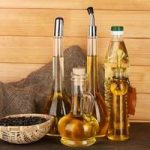 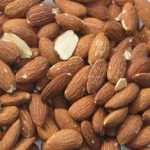