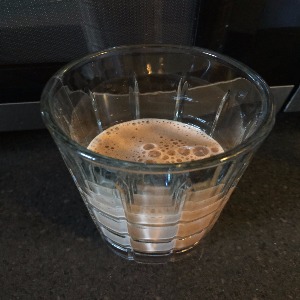 Both amino acids and proteins occupy a very important place in sports supplementation and muscle building. Both are used in various functions including, most importantly, maintaining the positive nitrogen balance that keeps the body in an anabolic state.

In a sense, that is the case. The two come from the same raw material. On the other hand, they have differences, some of which may be a big surprise.

Although proteins eventually break down into amino acids in the body, the main biological difference between the two lies in the way they are absorbed in the digestive system.

After ingesting proteins, digestive enzymes and acids in the stomach and intestine break them down. There are many factors that influence the rate of decomposition, including the presence of carbohydrates and fiber, the level of pancreatic and intestinal secretions and protein structure. Among proteins, this can be a very variable process, for example, hydrolyzed whey is absorbed by the body in less than an hour, whereas micellar casein can take up to eight hours before it is completely absorbed.

Once decomposed, the di- and tri-peptides are quickly assimilated by a specific transporter through the intestinal cell wall, whereas individual amino acids are transported in the body using a slower system , where they compete with one another, and with molecules of sugar to be assimilated by the body. It sounds strange, but individual amino acids are less efficiently absorbed than proteins and, in some cases, more slowly.

Some well-known examples are BCAAs (leucine, isoleucine and valine) , which can improve both recovery and immune function. Leucine itself can stimulate the secretion of insulin and other metabolic hormones.

Glutamine carries nitrogen throughout the body and plays an important role in the health of the immune system. Tryptophan can promote sleep and improve mood and arginine can increase muscle pumping, lean mass and endurance.

There are also important amino acids for athletes who do not appear in proteins, such as beta alanine, which can cushion the acidity in muscle cells, helping to attenuate fatigue or taurine, which can help the best use in the body of the glucose and increase muscle strength.

Each type of protein is made up of amino acids in different proportions. The amino acid profile of a protein affects the bioavailability, quality and the way it is used, and is something to keep in mind when selecting a supplement.

Whey is known as the “king of proteins”, and for good reason. The whey contains nine essential amino acids that the body can not produce , and comprise more than 60% of the amino acids present.

The serum contains more than 20g / 100g BCAA, which means it is an excellent protein to stimulate muscle development and as a recovery aid.

The whey and casein are two major proteins present in milk. Whey represents 20% and casein represents 80%. Casein is also a very high quality protein, which contains all the essential amino acids, and has a similar amino acid profile to serum, with levels comparable to BCAAs. It is slightly lower in anabolic leucine than serum, and is digested at a much slower rate.

The advantage of casein is the slow release of amino acids in the body, which allows the maintenance of a positive nitrogen balance over a longer period of time. Casein and whey are similar, with excellent quality proteins, rich in essential amino acids that complement each other well. 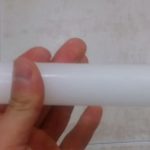